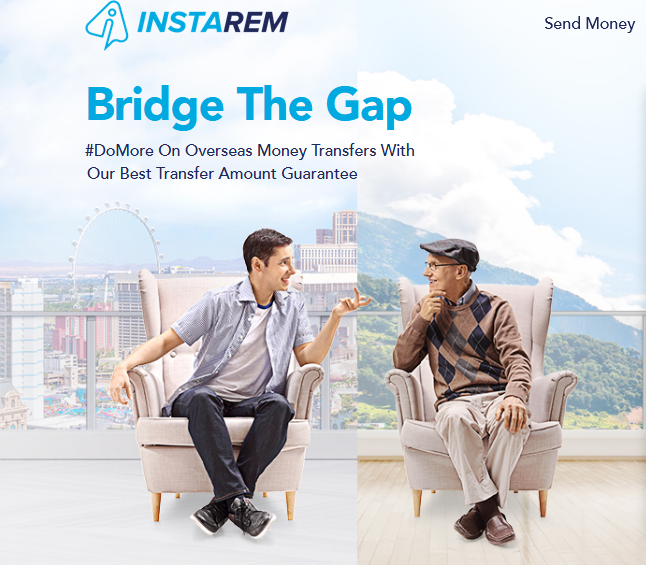 The Singapore based fintech Instant Remittance popularly known as InstaReM is now expanding to Thailand and bringing Ripple with it. The startup provides secure, fast, and affordable cross border money remittance services in over 50 countries.

In Thailand, InstaReM will now power the cross border money transactions for Kasikombank’s clients. Kasikornbank, also known as Kbank or Kasikorn, is a significant banking enterprise in Thailand and is listed in the Stock Exchange of Thailand.

Speaking on the development, Prajit Nanu, the InstaReM CEO and co-founder said:

“We are delighted to be working together with KBank to power their outward remittances. This relationship further cements InstaReM’s position as a leading provider for cross–border transactions.”

The fintech is named under RippleNet’s extensive list of over 200 global clients. It went into a partnership with Ripple in May 2018, to create an international payment gateway between Latin America and South East Asia. InstaReM has designed an outstanding Asian payment mesh that is enjoyed by both corporates and individuals.

Through InstaReM’s MassPay, SMEs and corporate can control and manage large payments to multiple beneficiaries in different currencies through a uniquely seamless process. Through the fintech’s new payment gateways, cross border money remittance costs have dropped by over 80 percent in its countries of operation.

In his visit to the Ripple HQ, Prajit said that his firm is “deeply committed to advancing financial inclusion worldwide” and their innovation on cash payments goes towards the accomplishment of that goal.  The CEO says that the need for affordable remittance payments is excellent because the current range of 7 to 8 percent transaction fees in some Southeast Asian nations, for instance, is too high for the population.

In illustration, Prajit cites cases where some of his fintech’s customers have sent $400 to $500 home after each paycheck, only to have most of it consumed by hidden fees or misappropriated by financial institutions. Ripple has been of massive assistance to InstaReM goals of affordable transactions since it eliminates the pre-funded accounts requirements in some countries.

This allows for quick real-time remittances at low costs. Ripple’s services have unlocked former bottlenecks of liquidity, eliminating the need for capital investments to move money around the world. The firm has also won Ripple’s Blockchain Innovation Award, due to its massive and successful efforts in payments spaces.

Ripple has also partnered recently with the Siam Commercial Bank (SCB) of Thailand, enabling Thailand’s oldest bank complete a cross border transaction in under a minute although it is not yet clear if they will adopt xRapid. The solution leverage XRP for settlement. SCB is Thailand’s oldest banking institution and now has become a pioneer of Ripple’s “multi-hop” service aimed at the realization of low transaction costs for international transactions.

With so much development happening around Ripple, it does not come as a surprise that Ripple’s Pat Thelen has been appointed to the U.S Faster Payment Council board. Thelen is Ripple’s V.P of Strategic accounts will grace the board with his company’s vast knowledge and experience with fast speeds of transactions.