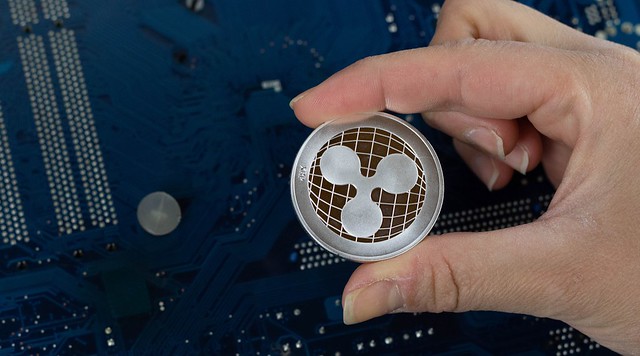 On May 30, XRP has shown a rise by almost 7 percent as a massive XRP transaction went to Coinbase Pro and a former Goldman Sachs exec joined Ripple

On Thursday, May 30, the crypto market is on the rise with Bitcoin SV as an obvious top gainer. On Wednesday, BSV managed to get onto spot 10 on CoinMarketCap and as of today, BSV occupies position 8, showing a rise by whopping 88 percent.

XRP, the third global currency, has spiked 7 percent and it keeps rising.

Big amounts of crypto are being moved, including XRP

Speaking of market volume and momentum, 2019 has been much more efficient than the previous year. In 2019, crypto scanners have been noticing that enormous amounts of currencies, such as BTC, ETH, XRP, etc, have been conducted between wallets.

On Twitter, these transfers are published by Whale Alert and other accounts. As per one of these reports, an amount of 40,000 BTC has been moved recently that had not been even touched since 2018.

The other day, XRPL Monitor account on Twitter posted data about a transfer of staggering 10.1 mln XRP. The receiver was a Coinbase Pro account. The precise amount moved to the wallet was 10,111,072.535 XRP and a fee of 20 XRP was charged for that.

The total balance of the receiving account now totals 10,117,190 XRP – this means that prior to the transfer it already had 6,118 XRP on it.

The crypto transaction above along with several other recent events have most likely given XRP the current momentum.

About a week ago, Kava Labs announced that it had introduced the ‘Switch’ service to do non-custodial trading for Bitcoin and XRP.

Another thing that most certainly have impacted the XRP price surge is that a few days ago a former employee of Goldman Sachs, Breanne Madigan, gave up her position at crypto wallet Blockchain.com to join the Ripple team.

“I am thrilled to confirm that I have joined Ripple to lead the Global Institutional Markets team,” said Madigan. “This is an exciting time to be joining the Ripple team, helping to foster mass adoption of digital assets and transforming global payments systems across the world.”

At Blockchain.com Madigan was in charge of attracting institutional investors to cooperate with the platform.

Ripple has been much more successful at working with institutional customers. It has recently boasted a 54-percent spike in Q1 in direct XRP sales to financial institutions. Most likely this was the reason for Madigan’s decision.