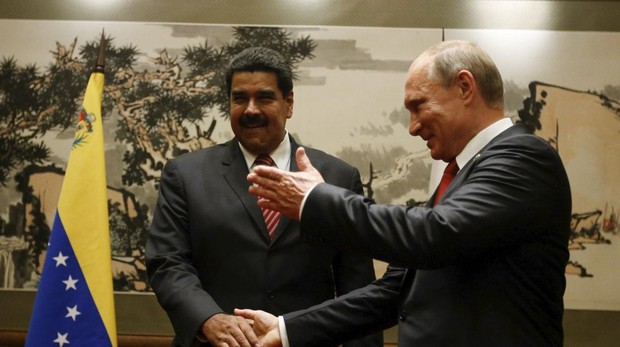 Venezuela and Russia are in talks to abandon the use of U.S. dollars in their transactions and replace this currency with rubles and Petros.

According to an article published by the Russian news portal RT, Jorge Valero, a representative of the South American country to the United Nations shared the news expressing that they seek to develop more effective and frictionless payment alternatives.

Cryptocurrencies Can Be Used to Balance the Geopolitical Equation

The sanctions imposed by the United States against Venezuela have forced the government to try to obtain alternative means of financing in order to acquire essential products for Venezuelans. Venezuela practically imports most of the products it consumes and depends almost exclusively on the sale of oil to move its economy forward.

“If we are going to sanction PDVSA … it will have an impact on the entire people, on the common citizen and the communities, but the counter-argument is that the people suffer so much … that at this moment perhaps the best resolution would be to accelerate the collapse even if it causes a period of major suffering of months or perhaps years.”

The Petro Resists to Die

Faced with these intentions (which soon became reality), the state not only created Petro. The crypto was legalized (at least in theory), and a law promoted the use of other cryptos as legal payment mechanisms.

They even developed a platform to facilitate crypto remittances, a savings system in Petros, pegged the Petro to the value of a basket of commodities and although it has not yet been adopted globally, the country announced its intentions to create a similar stablecoin backed in gold.

According to Valero, “Caracas counts on the Kremlin’s support in restructuring Venezuela’s foreign debt”. Although no confirmation was obtained from the Russian government of its intention to accept Petros.

Right now the country officially sells Petros to those interested in paying with Bolivars, Bitcoin, DASH and Litecoins. Also, it can be traded on local exchanges such as Amberes, Bancar, and Cryptia.