SBI President: “I was About to Promote Bitcoin Cash but Bitcoin ABC and SV happened” 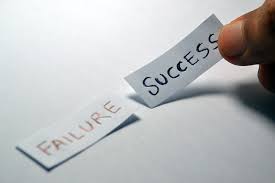 The president of Japanese financial giants, SBI, Yoshitaka Kitao has revealed that he intended to promote Bitcoin Cash. However, he did not proceed with the plan due to a contentious hard fork that split the Bitcoin Cash into Bitcoin ABC and Bitcoin SV. He was candid admitting that “he is not a fan of cryptocurrencies that regularly forks”.

In the discussion, Kitao says:

“Coins that frequently hard fork are ridiculous. I was going to promote BCH, but Jihan and Craig ended up fighting, and ABC and SV were born. Jihan side won and inherited the name BCH, but I decided to quit both. This caused the market cap for both coins to fall.”

Yoshitaka was straight forward, saying that he would have promoted the coin before Nov-2018 hard fork but the rift between Jihan Wu–the former CEO of Bitmain, and Craig Wright, the self-proclaimed Satoshi Nakamoto, changed his mind. With the misunderstanding between the two leading to the creation of Bitcoin SV, Kitao said he decided to quit both coins. And he was right, because after the split, the space went on a death spiral with Bitcoin Cash sinking 50 percent and at some point trading at parity with Bitcoin SV.

So far, the controversy surrounding Craig Wright and Calvin Ayre has seen Bitcoin SV removed from some cryptocurrency exchanges like Kraken, Binance, and ShapeShift. Nonetheless, Craig Wright continues to claim he is the real Satoshi Nakamoto, the anonymous inventor of Bitcoin–who for some reason John McAfee says he can out him. Even though he is adamant, he is yet to provide evidence to support his assertion and because of this he is often labelled a fraud–or faketoshi.

SBI Holdings is a big crypto player, driving adoption in Japan, a country that is open towards technology, protecting consumers but at the same time drawing revenue from an industry projected to print multi-trillion capitalization in the next few years. Yoshitaka is the brains behind SBI Holding and after forming the firm in 1999, the company delved into crypto and in June last year, launched its cryptocurrency exchange dubbed VCTrade.

Even so, SBI is an ardent supporter of Ripple (XRP) as they believe that its large customer base across the globe would accept XRP with Ripple bridging the gap between financial institutions and blockchain companies. To that end, SBI leverages Ripple’s technologies and XRP to carry out cross-border transactions at a faster and cheaper rate.

Last month, the company revealed that it has put together a new subsidiary that would manufacture crypto mining chips and systems. The firm called SBI Mining Chip Co. (SBIMC) is part of the company’s efforts to boost its digital-related ventures.