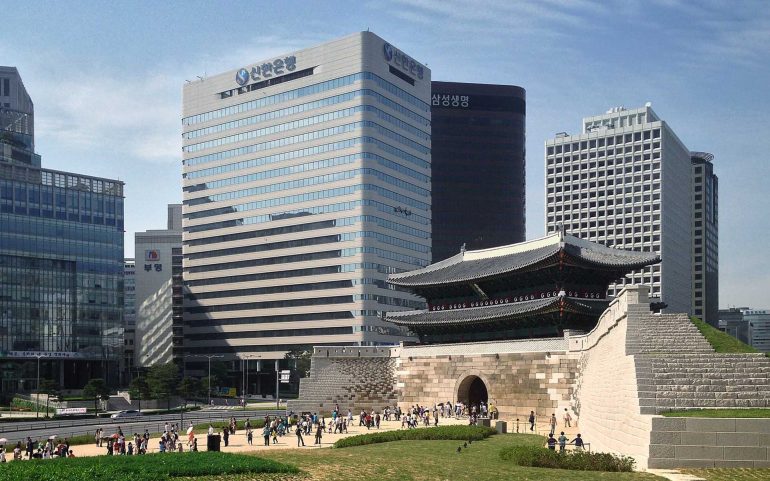 Shinhan is the second largest commercial bank in South Korea by market valuation and consumer base. This major South Korean bank decided to launch a bitcoin vault. And now it has initiated the testing phase of its bitcoin vault and wallet services. A representative of Shinhan Bank stated that the bank has come to a corporate decision to launch a bitcoin vault and wallet platform. This came as a response to the recent hacking attacks of the leading South Korean cryptocurrency exchanges, including Bithumb. He stated that “Shinhan is testing a virtual bitcoin vault platform wherein the private keys of bitcoin addresses and wallets are managed and issued by the bank. The bank intends to provide the vault service for free and charge a fee for withdrawals.”

South Korea’s Bithumb is the world’s largest cryptocurrency exchange by trading volume. Sadly, it has recently suffered a security breach that affected 30,000 users. As a consequence, the bank refunded $1 million in funds and provided an extra $1 million as a compensation for the hacking experience. Shinhan serves millions of active users and tens of thousands of corporations in South Korea. The integration of a bitcoin vault and wallet platform into the existing infrastructure would immediately introduce bitcoin to the general consumers within the region. Such exposure of bitcoin to the mainstream within South Korea, a leading bitcoin market, would significantly increase the rate of adoption of bitcoin in the country.

Shinhan planes to launch its bitcoin vault and wallet platform by mid-2018. If it goes as planned, the company will become the first regulated and large-scale commercial bank to provide bitcoin vault and wallet service. The integration and adoption of bitcoin by the second largest bank in South Korea would mean that bitcoin has already become a legitimate currency. Thus it is likely that the South Korean government will regulate bitcoin, following the steps of Japan.