The South Korean government has stated its intention to facilitate a favourable regulatory framework for cryptocurrency use, adoption of blockchain technologies and trading in general.

The information was shared by the Korea Times, mentioning that financial regulators are seeking to establish a set of “unified regulations” compatible with the policies promoted by G20 member countries. 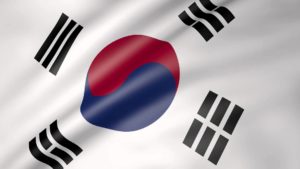 It is important to note that after the G20 summit held in Argentina, the general consensus was to establish a tentative date for starting this work. After discussing the most convenient time frame, the month of July was set as deadline.

According to the Korean newspaper, The Financial Services Commission (FSC) and the Financial Supervisory Service (FSS) are working together to ensure the best enforcement of legal policies regarding cryptocurrency exchange operators.

It is important to note that the government has been emphasizing that it is not opposed to the use of cryptocurrencies; however, money laundering is a crime for which they have demonstrated a zero-tolerance policy.

In a statement to the Korea Times, an unidentified official said that even though there will not be a radical reform in cryptocurrency policies in the short term, it is possible that in the medium to long term that goal will be achieved by a series of gradual changes:

Any major reversal in policies is unlikely, but the government seems to believe a gradual shift in attitude toward crypto-based assets is needed. What regulators should do is figure out how to regulate them properly and prudently as Korea needs to put more emphasis on blockchain technology after obtaining knowhow and understanding of the possible flipside of cryptocurrency trading

The G20 considers July to be a reasonable date. Nevertheless, for this group of nations, the use of cryptocurrency does not yet represent a risk for traditional financial markets. 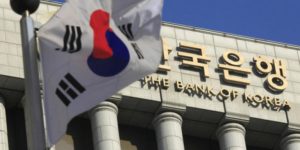 In a similar vein, the Korean government hopes to regulate the ICOs so that they have a legal status. Rep. Hong Eui-rak of the ruling Democratic Party said lawmakers are “working on a bill” to lift the ban that the government had previously ordered.

Previously, negative government announcements had the most adverse effects on markets. These positive announcements should then generate a correspondingly similar reaction. Anyways, one thing that is easy to take for granted is that now there is undoubtedly a political will to make Korea a more crypto-friendly country.