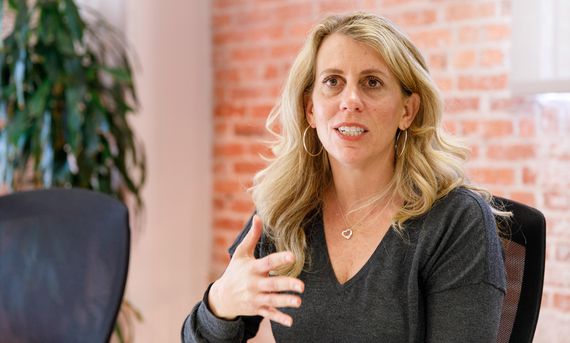 Stellar has intensified its efforts to position itself as a reliable blockchain and a genuine challenger to Ripple solutions. Its successful strategies have allowed its token XLM to scale positions and solidly establish itself in eighth rank in the global marketcap. Now, to continue its fruitful path, the Stellar Development Foundation recently announced the revitalization of its executive staff, starting with a new CEO.

According to a press release, the Stellar Development Foundation team agreed to hire Denelle Dixon to be the new commander of the project. Former CEO Jed McCaleb, who was also part of Ripple’s founding team, was quite enthusiastic about this change and was positive that Ms. Dixon would play a crucial role in consolidating Stellar’s vision, just as she did during her presence in Mozilla.

“We’re thrilled to have Denelle lead the Stellar Development Foundation through its next phase of growth … Denelle’s long experience leading operations and business at Mozilla, as well as her work on the policy side, with advocacy around Open Internet and encryption and privacy, will be indispensable to SDF in the coming years.

Denelle Dixon is currently COO of the Mozilla Foundation and will remain in that position until May of this year. She will then dedicate herself entirely to Stellar.

For his part, Jed McCaleb leaves his position as CEO to dedicate himself only to software development as Chief Architect, focusing on the design of Stellar’s adoption strategy and everything related to its network protocol.

Denelle Dixon said she would use her knowledge to make Stellar a more open and reliable option for the financial services market:

“Throughout my professional career I’ve seen that when an organization embraces openness, attends to the community, and owns a mission, it inspires innovation and harnesses constituency power. I’m extremely excited to bring all I’ve learned to Stellar and to the Stellar Development Foundation.”

For his part, Chris Beard, CEO of the Mozilla Corporation, publicly thanked Ms. Dixon for her “significant contributions” to Mozilla during her time with that organization. Denelle began as an Associate General Counsel and had a successful 6-year journey climbing positions to become COO of Mozilla Corporation:

“As a key part of our senior leadership team, Denelle helped to build a stronger more resilient Mozilla, including leading the acquisition of Pocket, orchestrating our major partnerships, and helping refocus us to unlock the growth opportunities ahead. Denelle has had a huge impact here – on our strategy, execution, technology, partners, brand, culture, people, the list goes on. Although I will miss her partnership deeply, I will be cheering her on her new role as she embarks on the next chapter of her career.”

Right now, Stellar Lumens (XLM) remains in position number nine on the global marketcap, with a solid bullish trend that began on march 5 and a minor correction of 48 hours. XLM has a price of 0.10604 USDT and a marketcap of 2.05B USD according to coinpricewatch