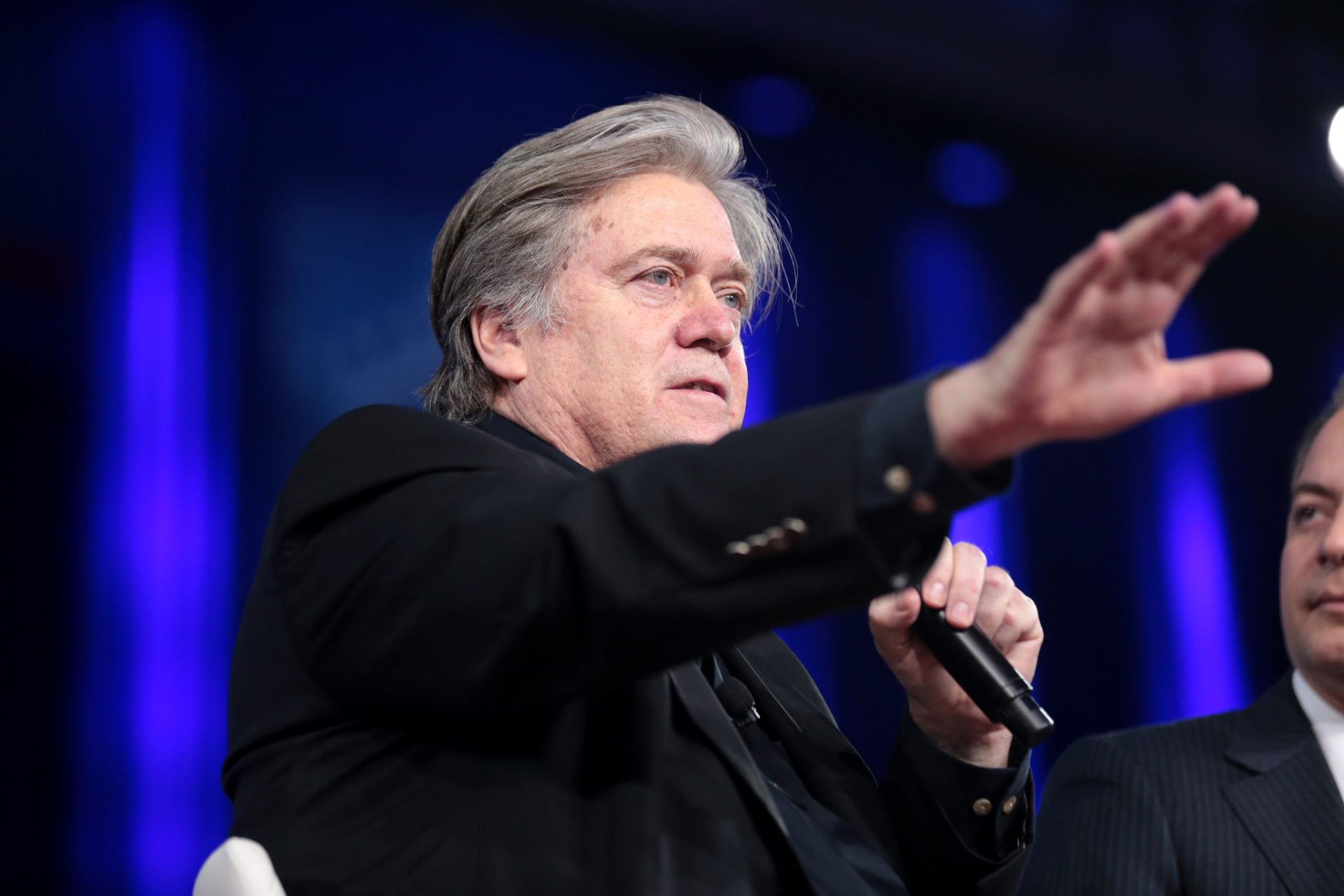 Steve Bannon To Release “Utility Tokens for the Populist Movement”

Steve Bannon, former chief strategist to U.S. President Donald Trump and one of the masterminds behind the tactics that led Trump to win the elections, confirmed in an interview with CNBC that he is working on the creation of his own cryptocurrency.

In an exclusive interview at the Delivering Alpha conference in New York, Steve Bannon said he was a convinced hodler. Although he did not talk about other cryptos, he was quite confident about Bitcoin (BTC):

Despite his faith in the fundamentals of Bitcoin (BTC), he commented that perhaps there has not been a greater adoption of cryptocurrencies due to the high failure rate of many ICOs:

The failure rate of ICOs does not diminish Mr. Bannon’s enthusiasm towards cryptos. For him, the good projects and blockchain developments have immense potential to positively change the gobal financial system:

“I think these cryptocurrencies have a huge aspect in the future. Obviously, there’s problems in the markets, problems about what it’s used for.”

He commented that he remained firm in his efforts to create his own cryptos. In the interview, he said he was working on the development of what he called “utility tokens” that would allow the populist movement to regain the financial control that central authorities such as banks and payment processors currently exercise over the people:

The tokens that Steve Bannon proposes seek to solve the problems that ICOs currently face. Also, as utility tokens it should be easier to bypass current regulations.

Currently the United States Securities and Exchanges Commission has revealed that it is working to establish strategies to determine the legal status of cryptocurrency. According to the rumors, there is a high possibility that the criteria of this organization is to declare most of the ICOs as securities.

For Mr Bannon, the use of cryptos, and especially of the tokens he is currently developing, represents an opportunity to bring about changes that, beyond the economic, can touch on social and political aspects.

In a quote to the New York Times, Bannon said:

“It’s disruptive populism. It takes control back from central authorities. It’s revolutionary. It was pretty obvious to me that unless you got somehow control over your currency, all these political movements were going to be beholden to who controlled the currency.”