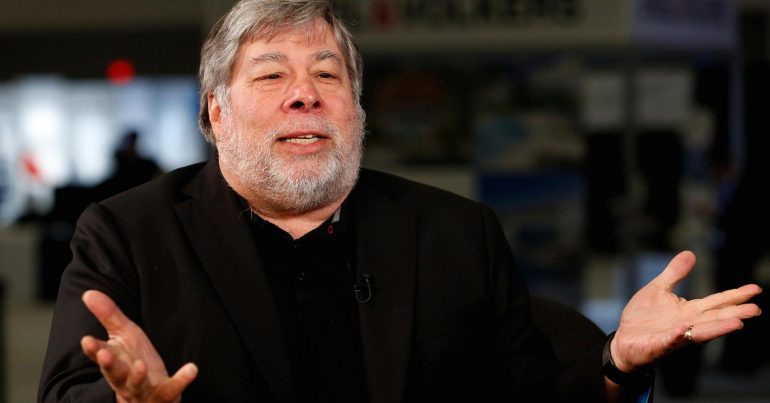 Apple’s Steve Wozniak Plans to Get ‘Involved’ in Blockchain Project

After selling all his bitcoins to get some peace of mind due to the high volatility in prices, Steve Wozniak, the co-founder of Apple now says he has plans tbe part of a blockchain project.

The information was published in an exclusive for NullTX, during the ChainXchange blockchain conference, held in Las Vegas during August 13-15 August.

Woz said he is quite optimistic about the success of his new project as there is a specific financial basis behind it. This is not a kind of bet as it usually happens in most of the ICOs, but instead, it is about sharing stocks in a company that already has serious relationships with investors around the world:

“I’m involved with, very soon, my first time being involved in a blockchain company. <…> Our approach is not like a new currency or something phony where an event will make it go up in value. It’s a share of stock, in a company. This company is doing investment by investors with huge track records in good investments in things like apartment buildings in Dubai.”

For Mr. Wozniak, theproject has value because it transcends the purely speculative dimension of actual cryptocurrency. According to his perishing, blockchain technologies have an enormous but yet unexploited growth potential:

“It’s so independent! It’s kind of like the internet when it was brand new… I was amazed at the technology behind it. <…> I’ve encountered people working in real estate avenues, types of Uber systems, everything we’ve got in our life, especially involving transactions <…> Every single one you hear about, to me, has value…. A few people can see the value, which reminds me very much of the early internet days.”

Wozniak did not elaborate any more on the project, nor on the nature of its involvement (advisor, investor, evangelist, etc.). However, it is advisable to follow up as the support of a personality like Woz means that the initiative will enjoy a high level of credibility.

He culminated by comparing the Ethereum blockchain as a kind of Apple’s App Store. Both platforms allow millions of companies to develop their applications and place them in a vast market. The difference is that Ethereum does not centralize power over the applications that run on its platform, an attribute that Apple continually has and exercises.

“Ethereum provides the tools for a blockchain application of your own… I see more people using Ethereum that way.”