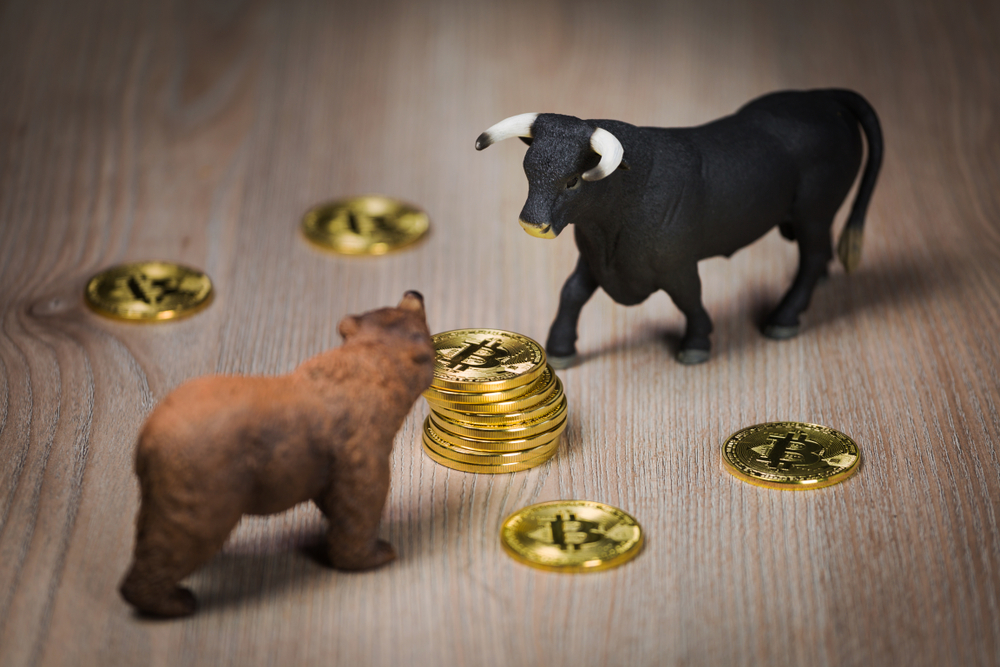 Technical Indicator Signals That The Bitcoin (BTC) Bear Market May Be Over, But What Comes Next?

Bitcoin has been able to incur significant upwards momentum over the past 24-hours that has extended into the past couple of hours despite facing some downwards pressure earlier today. Despite BTC’s upwards surge, the general crypto markets have remained relatively flat today, with most major cryptos trading down marginally.

One technical indicator is now flashing a bullish signal that has historically been followed by massive upwards trends, which may indicate that the bear market has truly ended and that Bitcoin is currently in the early stages of the next bull trend.

At the time of writing, Bitcoin is trading up over 3% at its current price of $5,950, up from its 24-hour low of $5,740 which was set earlier today just hours prior to the cryptocurrency forming another upwards leg that sent it to highs of just below $6,000. At this point, BTC faced some resistance and was pushed down to $5,900.

Although BTC’s inability to decisively move above $6,000 earlier today did appear to put its newfound upwards momentum in jeopardy, it has been able to continue tepidly rising towards this critical price level which is likely to continue to be a strong level of resistance.

It is also important to note that Bitcoin is currently trading at its highest price of 2019 and is up significantly from its year-to-date lows of $3,400 which were set in mid-February.

Is BTC Truly in The Early Stages of the Next Bull Market?

Although it is indisputable that 2019 has been a great year for the nascent markets so far, there is currently conflict within the crypto community regarding whether or not it is prudent to believe that the next bull market has truly started.

Despite this, multiple technical indicators are beginning to flash bullish signs that may prove that it is not overly earnest to claim that the next bull run is close to beginning.

Josh Rager, a popular crypto analyst on Twitter, spoke about one such indicator in a recent tweet, noting that BTC’s three-day chart is currently in the process of forming a technical development that was formed just prior to the last massive multi-year uptrend the digital asset witnessed.

Bob Loukas, another popular cryptocurrency analyst on Twitter, also spoke about the possibility that Bitcoin is currently in the early-stages of another bull trend, noting that the crypto is currently in the process of forming its fourth straight green monthly candle, which he perceives as a bullish sign.

“#bitcoin working on 4th straight Green Monthly candle. That only occurs in the heart of a bull market. 3 green candles are locked in.  We’ve never seen that in a bear market. I bet we close May red, and that would tell me we’re in accumulation phase of the next bull,” he said in a recent tweet.

How Bitcoin and the aggregated crypto markets end the month of May could act as a signal as to whether or not the bull market is truly around the corner, or if further losses are imminent.