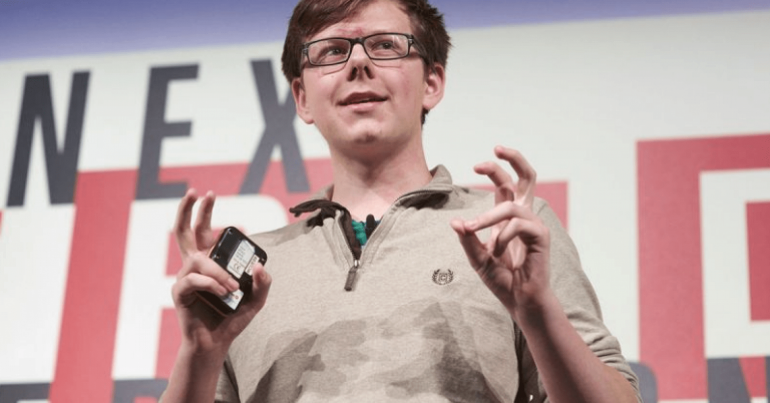 Erik Finman, the teenage millionaire who hit the media after making some savvy investments into Bitcoin as an early adopter, believes that with a bit of work, he has the solutions to get Bitcoin back towards its late-2017 figures of $20,000.

Finman late last year in the midst of a bitter Bitcoin and cryptocurrency bear market that left most major tokens down almost 90% in value. However, with the recent rebound and the emerging Cryptocurrency Spring, Finman is laying out some plans to get Bitcoin back to its all time high.

Finman has said a combination of his plans and others occurrences he sees happening in the cryptocurrency sector could resurrect Bitcoin.

“2019 is the new 2017 for bitcoin and cryptocurrency,” Finman said. There has indeed been a big drive in adoption as there was in 2017, the difference is that it is not simply investors and individuals, but rather major companies and even US presidential hopefuls.

“Cryptocurrency is hitting its stride and all the things happening in the tech and finance industry right now are boosting bitcoin and crypto. Blockchain is the cutting edge,” added Finman.

The teen crypto millionaire has laid out a few steps recently that he believes Bitcoin needs to follow in order to get back on tack. These include increasing transaction speed, stopping the tribalism and in-fighting across communities, and lower fees.

With this path ahead of it, Finman wants to see more adoption coming as the performance of the Bitcoin blockchain makes it more enticing.

“People who live and breath bitcoin, working closely with others who are in the same positions as themselves, can sometimes forget that they need to on-ramp new people who aren’t yet into crypto,” said Finman.

Many are viewing this second wave of adoption as a much more steady and settled one. The first rise to $20,000 was based almost primarily on speculation and FOMO, where as the introduction of industry heavyweights, there is more legitimacy.

The 2017 speculators bubble was deleterious for the investors, but it brought the industry into the spotlight and let big companies know about the emerging technology.

This has led many to begin experimenting and observing what blockchain and crypto can do for them, and when the price action starts going again, it is likely that the next bit of adoption frenzy will have a good backing on which to launch from.