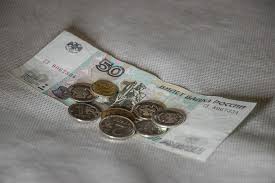 Tether (USDT) is King, Used for Remittance By Chinese Importers

Tether (USDT) use, has been synonymous with institutional investors but is has a growing market in Russia. At least that is what we can glean from recent reports. The stablecoin, ranked as the seventh largest by market cap, has found another use case with Chinese importers. Reports show that Chinese traders in Russia are purchasing over $3 million worth of the stablecoin on a day-to-day basis.

The purchases, according to Russian over-the-counter trading desks, account for over 80 percent of their daily sales. The other 20 percent is from Bitcoin, the world’s most popular and oldest cryptocurrency. Tether’s market cap has now surpassed the $4 billion mark, with daily trading volumes exceeding $15 billion as per market data.

Binance Research has released a report that states that the dollar-pegged token has become the preferred crypto investment vehicle for institutional investors. Now, it has found a way into the heart of retail in Russia becoming the preferred medium of exchange. Traders are using the stable coin to move funds fast between various exchanges. This is in a bid to take advantage of arbitrage opportunities.

The Chinese traders, as per the report, are keen, using it as a remittance service for imports. Russian OTC businesses have said that Chinese traders are purchasing an upward of $10 million to $30 million USDT daily.

Maya Shakhnazarova, the Huobi Russia head of OTC trading, says these traders use the USDT to transfer the vast amounts of fiat they accumulate back to China. “A client comes with cash, we register the price at exchanges, when we agree on a price, we make a deal,” says Shakhnazarova. To complete the simple process, she says, “The client hands over the cash and a wallet address, the seller sends USDT to the wallet.”

The stablecoin is having an extraordinary time in the market despite months of negative coverage following it since 2017. There is currently a smokescreen around the token’s 1:1 backing with the USD but that has not stopped investors from flocking to it.

Its relative stable nature has drawn in institutional and retail investors alike. Additionally, it has no limits to transactions, an advantage that cryptocurrencies give to traders. Tether (USDT) moving millions across borders.

Its woes have further been exacerbated by the New York State Attorney General (NYAG) case against iFinex, the Tether, and Bitfinex parent company. The court case is over the alleged $850 million loss worth of Tether reserves and ensuing cover-up. Worse still, the named company has been accused of not only trying to hoodwink the public over the loss of funds but further allocating itself $900 million more from the said reserves.

The stablecoin had further trended for the wrong reasons when in March, Reddit users noticed that the company had edited out its “100 percent backing of USDT with US dollars” clause. Before the 2018 crypto bear market, the Chinese importers had Bitcoin to trade with. However, the volatility involved as the BTC prices dipped was enough to turn traders to USDT.

The stablecoin’s liquidity is a plus, and it is also accepted back home in China despite the People’s Bank of China (PBoC) ban on fiat-to-crypto spot trading. Fortunately, these crypto-assets can be liquidated into Chinese Yuan on registered exchanges like OkEx and Huobi. The Yuan is then received via WeChat Pay, AliPay or banks.