The Case For Bitcoin Cash (BCH) Is Still Strong 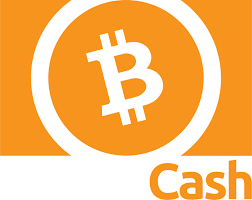 Bitcoin Cash (BCH) was forked from the Bitcoin blockchain on August 1st, 2017 and has since shown some promise in the markets. This was after the network congestion on the Bitcoin network had reached frustrating levels with some taking upto 4 days to complete. The added fees needed to complete BTC transactions were ridiculously reaching $28 in some cases.

Since hitting the crypto-markets, BCH has rallied twice. The first time, BCH did amazingly well in less than 24 hours. This was on November 12th when it reached levels of $2,426 from previous day levels of $950: an increment of 155% after which its value settled around the $1,000 mark.

Another amazing rallly of BCH was on December 20th when it was added on Coinbase. On that day, it peaked to levels of $4,400 from $1,800 levels less than three days earlier. This time round, BCH did 144% in gains. This event was then marred by controversy about insider trading at Coinbase leading to BCH fading away in terms of ‘buzz’ in the crypto-verse.

Recent value of the coin before the April 12th market surge, put BCH at approximately $650. It has since risen to current levels of $1,195 at the moment of writing this and almost doubling in value in less than two weeks.

So why is BCH still strong in the Markets?

Firstly, more and more miners are embracing BCH for it is proving to be more profitable as it becomes popular in the markets. BCH is now available in 276 exchanges but still 124 less than those that offer Bitcoin.

Another reason why BCH is more profitable to mine, is the software upgrade that happened in May 2018. This is the first in a chain of scheduled upgrades that were announced late in 2017 by several developer groups that are keen to push for BCH as an alternative to BTC. The current upgrades allow for on-chain scalability by adjusting the blocksize limit with an increased default of 8MB. Also, new transaction signatures together with a new difficulty adjustment algorithm, provide added security for the coin.

In conclusion, Bitcoin Cash (BCH) could be headed to greater heights in the markets as the project continues to evolve and adoption continues to increase. Another driving force for the coin, is the passionate believers of its capability found within the BCH community.