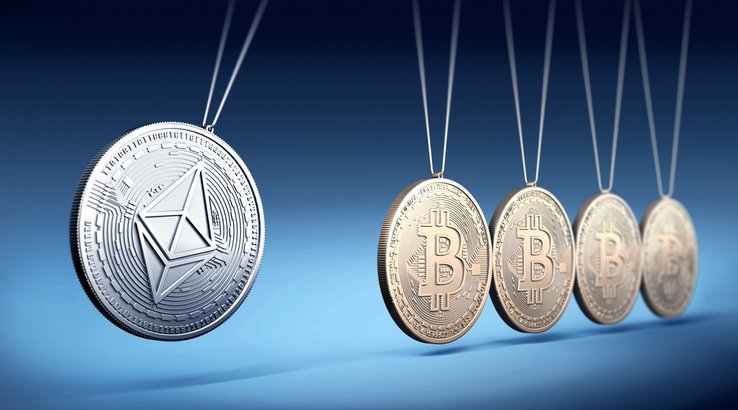 There Could be a New Crypto-King: Ethereum – Roger Ver

A very well known name and spark-giving to debates – Roger Ver, aiming at crypto-enthusiasts and the community, mentioned that Ethereum could be overtaking Bitcoin’s throne by market capitalization and leading the board of coins.

Being one of the foremost investors in BTC when it launched almost 9 years ago, Roger Ver made a name for himself and a lot of money in the past years. Also, very supportive of BCH [Bitcoin Cash] that is a hard fork of Bitcoin and has been subject of many word-exchanges by analysts and individuals.

If a trader wants to reach maximum impact – the concept of diversification is need, according to Ver. He believes that by that, BTC will not stand above all others anymore very soon as Ethereum will be the next big thing to lead.

In a way, he is right, as the recent surge in pricing of Ether has brought only positivity to the currency. Many innovations are also coming to the Ethereum platform, as are various network improvements to bolster its reliability.

Ver believes that it takes only one major push and a doubling of price one more time in order for Ethereum to cross the valuation of Bitcoin. But on the other hand, even Bitcoin is not stagnant, and it will be interesting to see the rivalry between Ethereum and Bitcoin in the upcoming times.

Despite being second in position by market cap, Roger Ver claimed that Ethereum did fly past Bitcoin in many other aspects as are cheaper to use and conduct transactions, that is very contrary to Bitcoin.

The Ethereum developers are quite more friendly and adaptive than Bitcoin’s developer – as stated by Ver. If you put everything together, it will give birth to a feeling of challenge, which will turn out strong, by Ethereum to Bitcoin for overtaking the throne making it even more exciting to see what the future holds for the crypto-ecosystem.