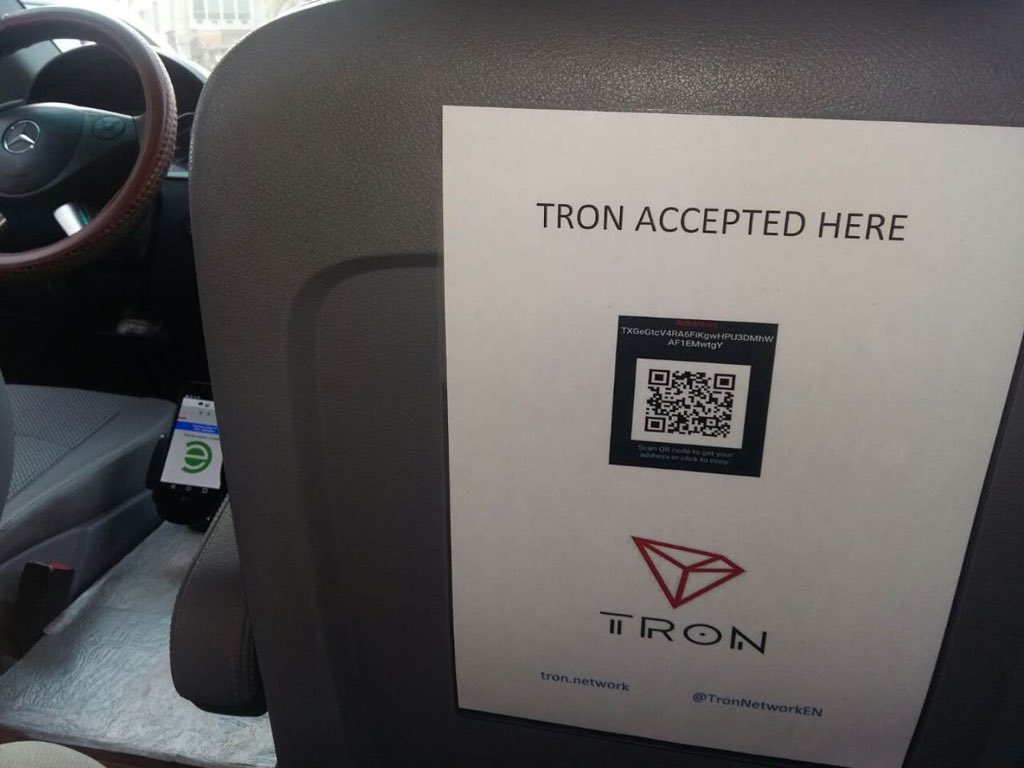 Crypto adoption is one hurdle that the crypto-verse is overcoming at the rate of one crypto-user at a time. Less than a week ago, a taxi driver from Almuñecar, a town in Spain, made headlines when Justin Sun tweeted that you could now pay for your taxi ride in his cab using Tron (TRX). The driver had posted a printout of his TRX address QR code for easy payment as can be seen in the tweet by Justin below.

#TRX was accepted by a taxi driver from Almuñecar, a tourist spot in Spain. #TRON $TRX https://t.co/6H7VVVBOqm

Spain seems to be a trendsetter in terms of crypto-adoption and with a particular emphasis on Tron (TRX). You can now also use Tron (TRX) to pay for your coffee as well as other breakfast delicacies at a restaurant in Malaga, Spain. The cafe is known as Cafeteria Ona and it also offers lunch, dinner and a variety of drinks.

The announcement that the Ona restaurant accepts TRX was made via Twitter when a user also noticed a similar QR code to the one in the taxi at the checkout counter. The tweet can be found below.

Another Tron supporter from Spain would retweet the tweet with an English translation.

Would you like to get a coffee or a Churros? Now #TRX is accepted by @CafeteriaOna as a payment method in @malaga. #TRON is growing and will have a massive adoption. Pay with $TRX! @justinsuntron @Tronfoundation @TronEspana @sergioseyna.

Summing it all up, and observing the enthusiasm of the Tron community members, it can be concluded that crypto-adoption is slowly but surely making headway around the globe. The taxi driver and the Cafeteria Ona in Spain have demonstrated to the rest of the world, that cryptocurrencies can serve two purposes: as investment instruments and as medium of exchange for the purchase of goods and services.

The use of TRX can be attributed to the fact that more and more crypto-exchanges are completing TRX token migration thus allowing user to withdraw their TRX.

Perhaps it is too early to conclude that cryptocurrencies will replace regular fiat currencies, but that day is sure to come in the future.

What are your thoughts on the pace at which crypto adoption is progressing around the globe? You can share them in the comment section below.