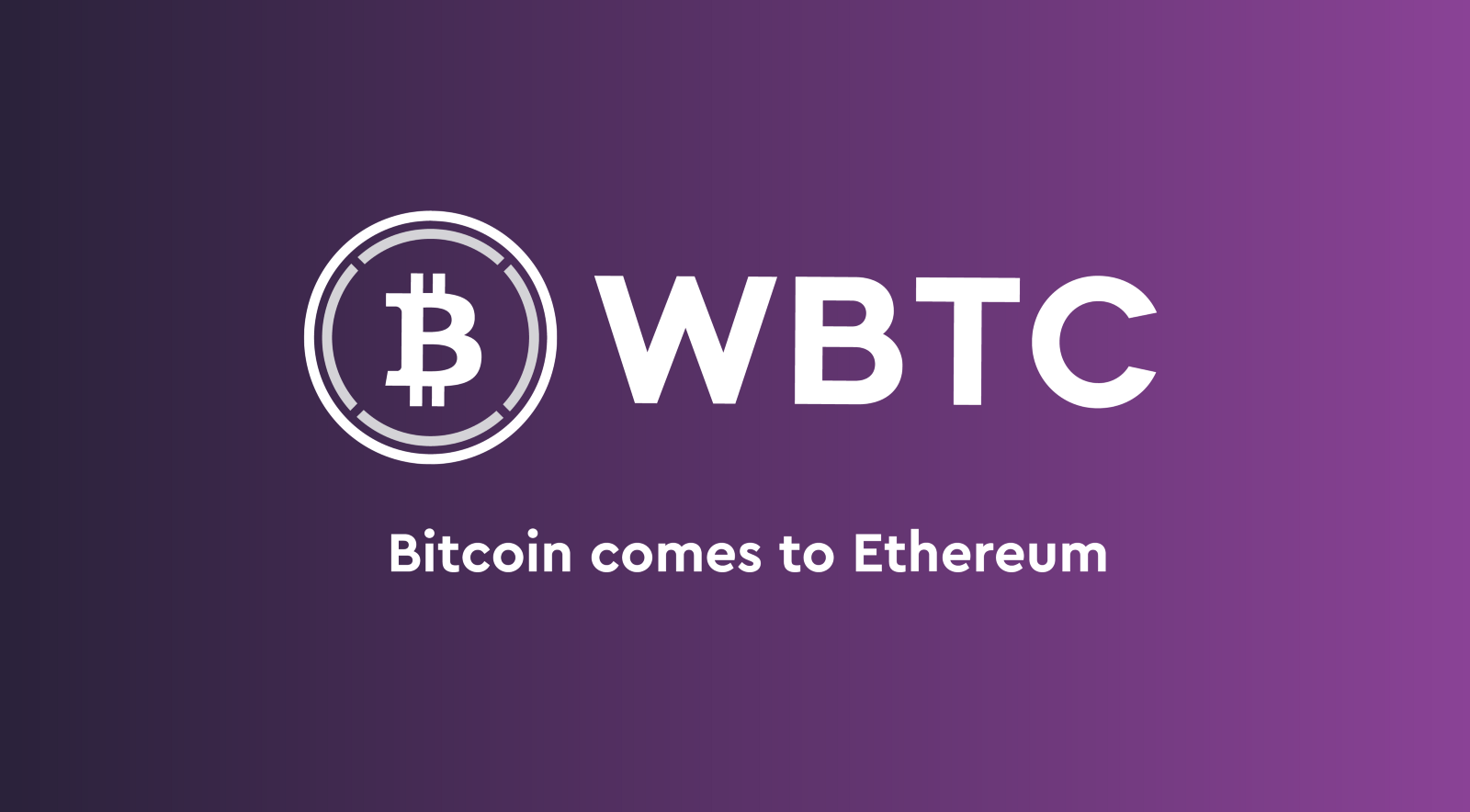 After a short waiting period, on Jan 30, 2019, the Wrapped Bitcoin (WBTC) project was successfully launched. Announced in October 2018, the joint initiative promoted by Bitgo, Kyber Network and Republic Protocol (now Ren) aims to create a token that runs on the Ethereum network and is backed 1:1 by Bitcoins.

The project developers claim that such a token is necessary because most of the trading volume takes place in centralized Exchanges with Bitcoin as base currency; but WBTC aims to change that, standardizing Bitcoin to the ERC20 format, thus enabling smart contracts implementations for Bitcoin.

“WBTC will allow the Ethereum network to be leveraged to enable new applications and use cases for bitcoin – WBTC standardizes bitcoin to the ERC20 format, so dapps such as Compound, Dharma, Dydx, Gnosis, Maker, Set protocol and more can leverage bitcoin for decentralized lending, margin trading, and derivative markets … Further compelling new applications and use cases will be identified, explored and implemented as the ecosystem continues to grow and actively innovate.

Wrapped Bitcoin (WBTC) is Not your Typical ERC20 Token

Despite the optimism, it is important to know that for legal reasons, the team has committed to comply with the strictest AML regulations and KYC policies, therefore the transfer of tokens is not a simple process (like an atomic swap would be) or a normal operation in a crypto exchange, but rather results in an intricate supply chain for token delivery. 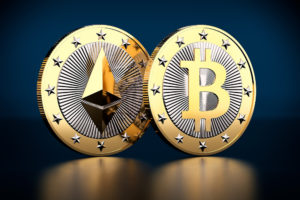 Users will have to contact a merchant to offer them the BTCs, after completing the AML and KYC requirements, these merchants authorize custodians to mint the necessary tokens, which are then granted. These custodians are the only ones allowed to return the BTCs if the merchants request them.

Currently, the only authorized custodian is BitGo.

Likewise, the protocol will be audited quarterly by third parties, which will guarantee the stability of the project, the real custody of a number of bitcoins equal to the number of circulating WBTC and the general transparency of the project.

At the time of this publication, 72.4214 WBTC have been created, which represents a considerable figure considering that in just one day of operations the protocol already handles a higher volume than many alternatives of greater longevity.

Currently, the token is showing signs of growing adoption. According to data from coinmarketcap, the volume has been steadily increasing and its volatility is quite low, ranging from a minimum of 0.996 BTC to a peak of 1.009 BTC which proves its nature as a “stablecoin” pegged to BTC. WBTC can be traded at Kyber NEtwork, IDEX and AirSwap 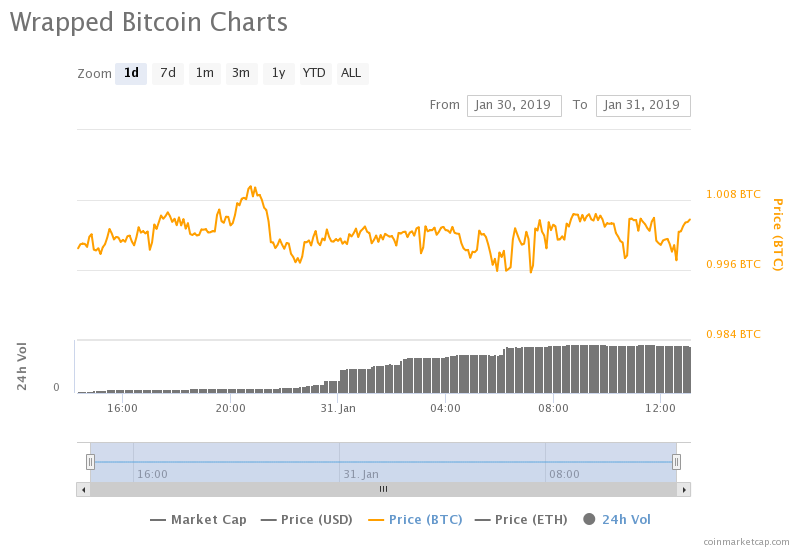