Despite the sharp fall in Bitcoin (BTC) last week, Tom Lee, CEO of Fundstrat, is still spreading his strong bullish sentiment. In an interview for CNBC, Mr. Lee commented that Bitcoin (BTC) still had enough reasons to increase its value and that in fact, in the middle of the bearish market, there are signs to show that it is clearly the king of cryptocurrencies.

According to Mr. Lee, even after the overall bearish trend, Bitcoin’s dominance increased in proportion, which is a clear indicator of investors’ confidence in Bitcoin’s strength and its potential as a real and verifiable asset.

He also believes that although last week’s news fueled a robust bearish run, the announcements may actually have attracted investors with a more strategic and long-term business plan.

The news that we have seen, from the SEC saying bitcoin’s a commodity, to … the potential for an [exchange-traded fund] is causing investors to decide that bitcoin is the best house in a tough market,

It is important to note that short and long-term trading strategies are very different, even becoming contradictory at particular times. For example, a scalper can profit by shorting bitcoin while having a stronger amount of bitcoin (BTC) in a long-term bullish position. Although a market may be bearish on charts of less than 4 hours, the picture may be completely different on charts with candles expressing longer periods of time. 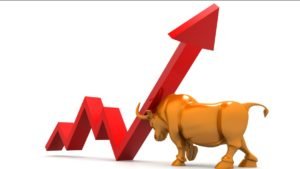 After a relatively sustained drop that led Bitcoin to reach values below 6k (an important resistance during 2018), Bitcoin had a steady rise of more than 2k USD approaching the 8.4k mark just a few days ago. However, following the SEC’s announcement to reject the application for a Bitcoin ETF and the recent delay on another application, the crypto market experienced a sharp decline.

However, for Mr. Tom Lee, these kinds of ups and downs are healthy, and are by no means a sign of weakness for Bitcoin (BTC) as it has repeatedly tested the 6k support:

Bitcoin isn’t broken if it’s holding at these levels. I think people are afraid it is going to go back down to $6,000 and never come back from those bear markets … I think bitcoin dominance is actually showing the market is reacting to what’s been taking place.

Generally, in these volatile markets, the social impact of many news can often lead to exaggerated reactions. Both FOMO and FUD are social phenomena that have become very famous in crypto-verse, especially among short-term traders.

A Green Future Coming After The 6K?

Right now, Bitcoin (BTC) has tested once again the 6k USD support, bouncing to 6.5k USD in price with a nice panorama in the short term. Next “soft” resistance is near 6.9k USD, with a stronger test zone around 7.5K USD