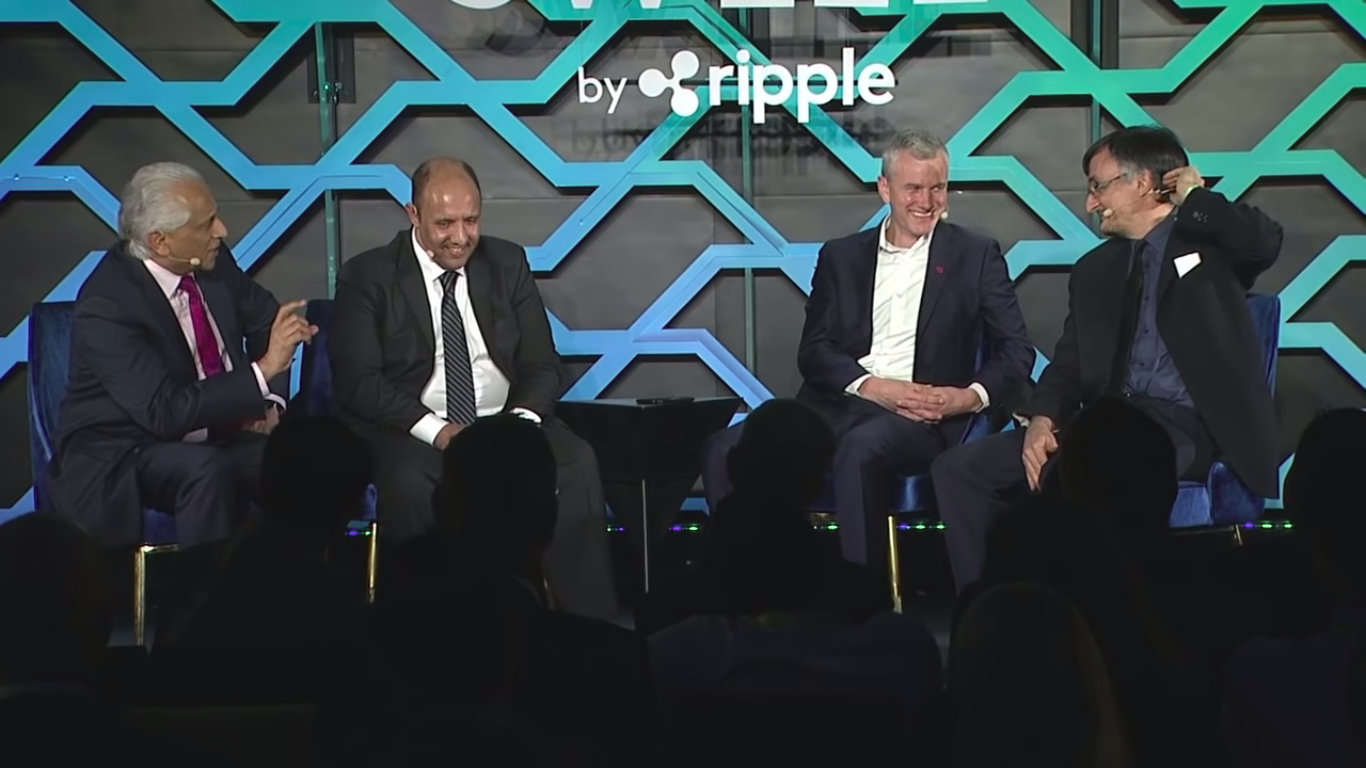 Tom Lee Mocks Central Banks: “Do you like SWIFT because it’s backwards-compatible to the abacus?”

There is no doubt about the potential of Distributed Ledger Technologies to surpass the traditional methods of accounting and payment processing. The possibility of reducing human error to a minimum expression makes these technologies extremely attractive for businesses inside the world of finances.

However, complex regulations and the difference in criteria between numerous actors involved (from small banks to entire governments) have made it difficult to use and adopt cryptocurrencies and blockchain technologies.

Despite these problems, several companies are committed to putting blockchain at the service of financial systems, and Ripple is perhaps the most important of these companies. During Ripple’s Swell 2018 blockchain convention a panel called “Central Banks Show and Tell” was organized. In it, representatives of Banco Central Do Brasil, Payments Canada, and the Saudi Arabian Monetary Fund explained the expectations of these institutions regarding the use of blockchain.

One of the panelists explained that, right now, the interbank transaction system is dominated by SWIFT, a company that relies on the traditional messaging system to process payments through codes, with a standard error margin that can hit sometimes the two digits (higher than 10%).

An Inconvenient Question About SWIFT: The Most-used Standard Is Not Necessarily The Best

Faced with this situation, Tom Lee, CEO of Fundstrat, known for its bullish position on Bitcoin, questioned the panel members as the architecture of DLTs is much more effective and error-resistant:

“I was really struck by Brad’s comments where he said the error rate on SWIFT was almost double digits. And when you think about financial systems and their responsibilities and the cost of these errors, because it could create liquidity problems, how do the central banks grade cross-border systems now? Could you just tell us, do you like working with SWIFT and is it state of the art, or is it because it’s backward-compatible to the abacus?”

Mr. Lee’s ironic tone embarrassed some members of the panel who didn’t get an immediate way to respond, but after a few laughs, Marcelo Yared from Banco Central Do Brasil commented that basically, banks use SWIFT because there is no such thing as something that is proven to be better in all respects:

“The question is, if you want to replace SWIFT with something, you have to show us -the suspicious guys- what it’s worth. How it’s good. How it would be good for us, for everybody. But I think cross-border payments are an interesting thing to explore in DLT. I think it’s a good thing. We are looking at how could we evolve.”

The stance of the Central Banks is reasonable. The number of factors to be taken into account for a stable global financial system is immense; however, the exploratory position they stated to have now, is much more optimistic than the clear negative stance that bank representatives adopted in previous years.

The complete video of the event is available below. It was set up to begin at the time of Tom Lee’s intervention: