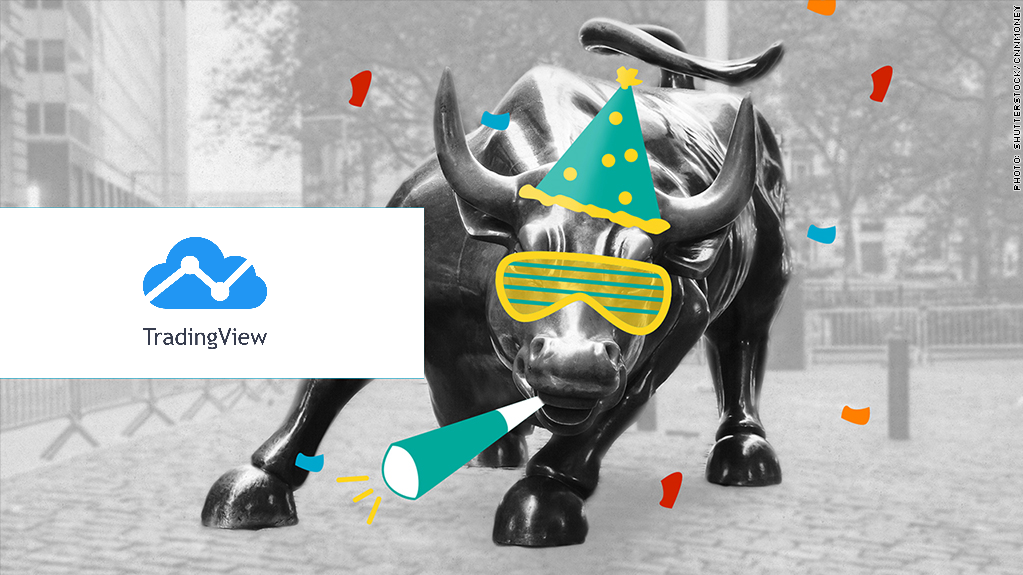 This week seems to have awakened the enthusiasm and optimism of the crypto community. Bitcoin appears to have beaten the bearish trend, with many analysts seeing this signal as positive.

According to Coinpricewatch, Bitcoin started the week with a price of 3600 USD and closed it above 4K. This value represented a significant resistance ever since the BTC reached historic lows circa 3.2k. Many expect the 4k zone to become a critical support in the near future. 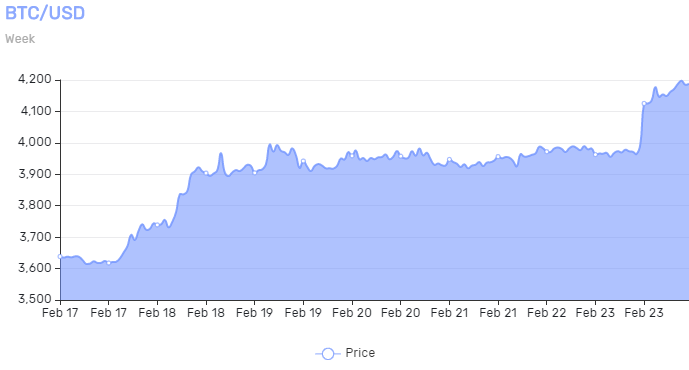 Bullish sentiment seems to be common in several members of the community. On February 22, 2019, 80,000 worth of Bitcoin Longs were bought on BTC futures, in a trade that accounted for the highest volume of BTC Longs ever traded. To this good news we must add the fact that in the last few days BTC also recorded the largest trading volume in its history.

Thanks to this series of events, the community of traders and technical analysts shared their favorable opinions and bullish sentiment. In Tradingview, a platform specialized in providing tools for technical analysis, many members published posts with quite optimistic content, while still supporting each of their arguments.

MagicPoopCannon, one of the users with the most followers on the platform (52k followers and 10.5 Million views), commented with his fans that, according to his analysis, several reasons lead to believe Bitcoin has Bottomed. This user is known for not hesitating to comment on any change in the trends, sharing some bearish judgment when the graphs reflect that sentiment:

“Looking at the Bitcoin monthly log chart, I want to draw your attention to a very simple indicator that is showing us that the bottom is most likely in. I would like to draw your attention to the MACD …
So, this is a very simple indicator. Nevertheless, it is historically powerful for determining tops and bottoms in bull and bear markets. Right now, it is showing us that the bear market has come to an end. Technically, we need to monitor how the month closes to know for sure, but all indications currently show that the bear market has ended.” 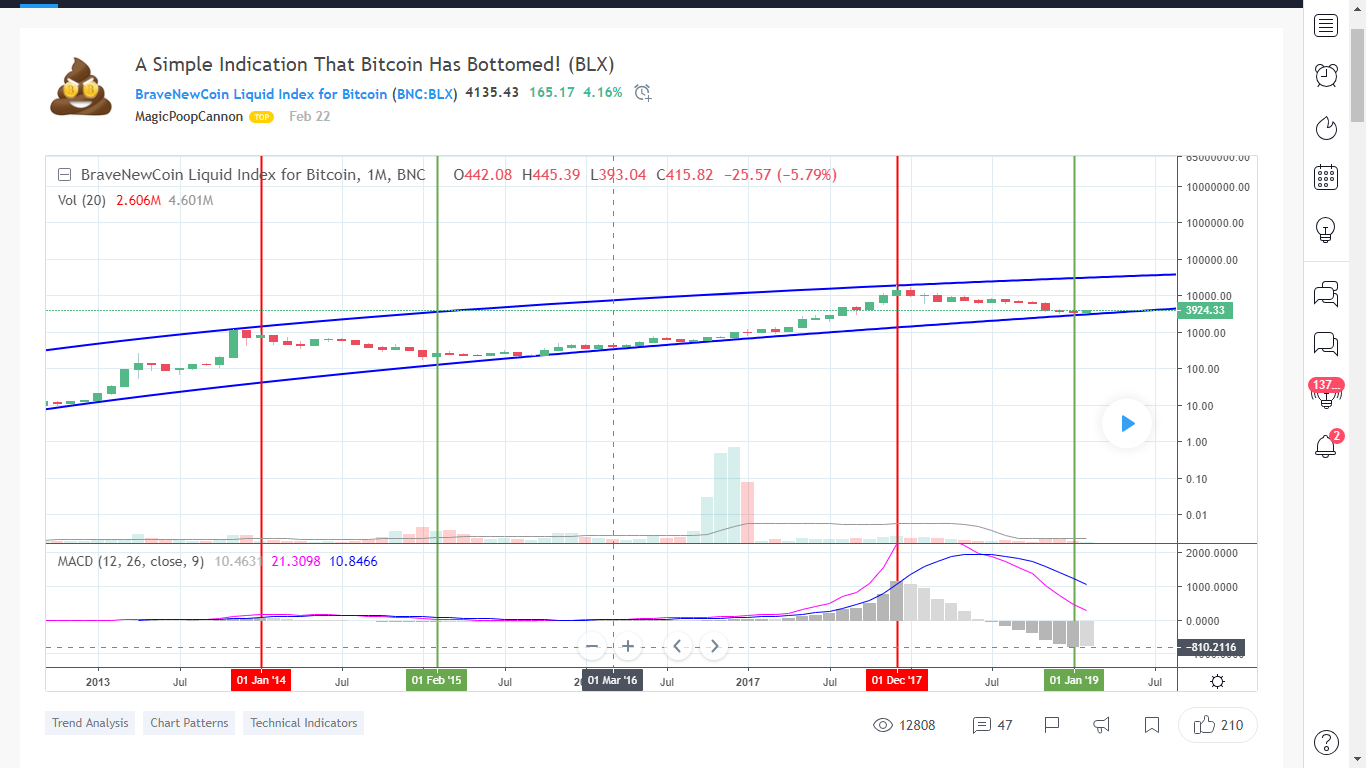 Another analyst who also shared his bullish sentiment was user LiuTrader. He shared a chart announcing that the bearish trend is over and it is now possible that the bitcoin will start a bullish cycle in the face of next year’s halving expectations. He predicts BTC could hit 100k by the end of 2021 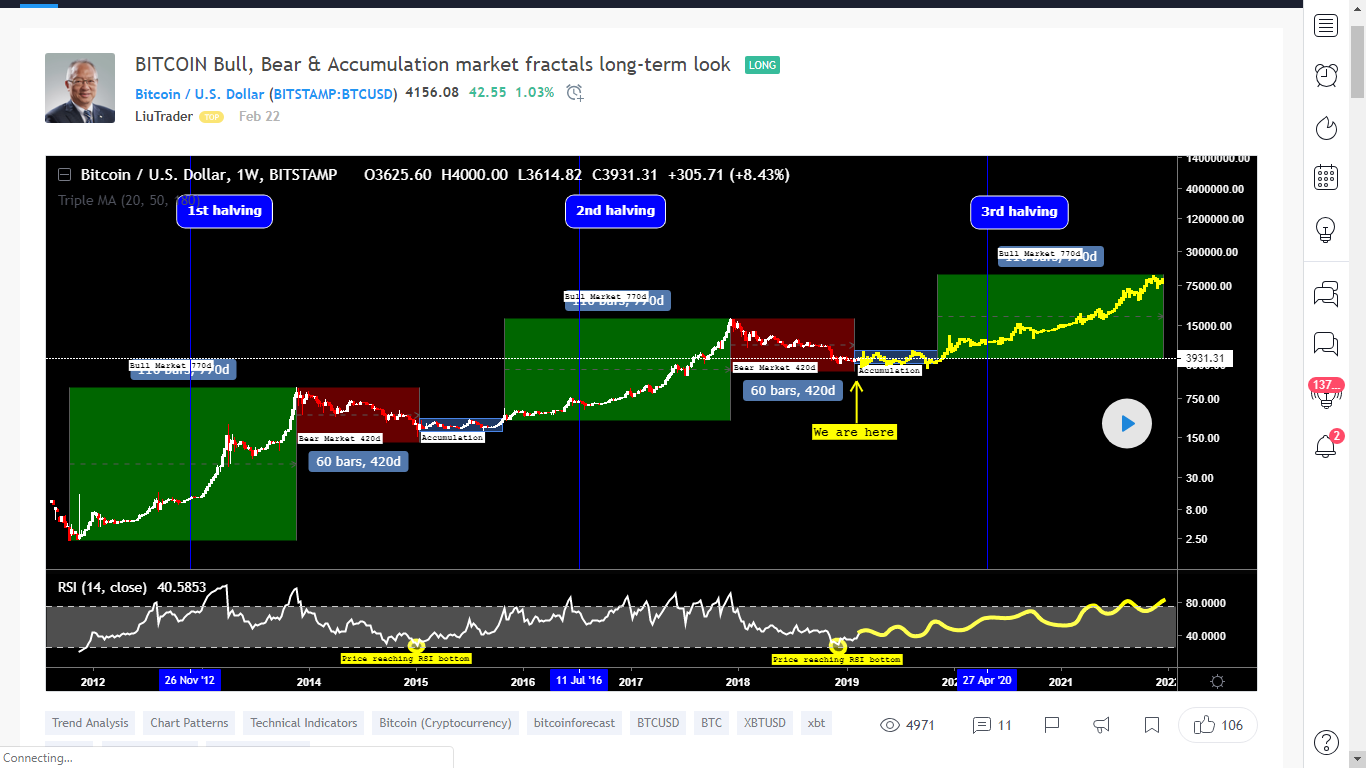 For his part, Alan Masters also shared his bullish sentiment. Analyzing the performance of the XBT/USD pair in BitMEX. For this user, Bitcoin has the potential to grow to $4500 where it could meet an important resistance. To talk about a bearish trend, BTC would have to record prices below 3.7k.

• RSI is bullish and at its highest since September 2018, that’s 5 months. The highest it has been in 5 months.
• The MACD is trending up and gaining momentum.
• The next strong resistance is sitting at $4241, which is marked by the 24th December’s peak, followed by $4423 which is marked by late Novembers peak and EMA50 ($4503). So the next target for Bitcoin, if it can break above $4241, is the $4420 – $4500 range, this is where the strongest resistance will be met. If this level is broken, Bitcoin can continue its climb up. I will share a new analysis with the targets that follow.
• The main support on this time frame is EMA10, which is sitting at $3700. For Bitcoin to go bearish it needs to close below this level. 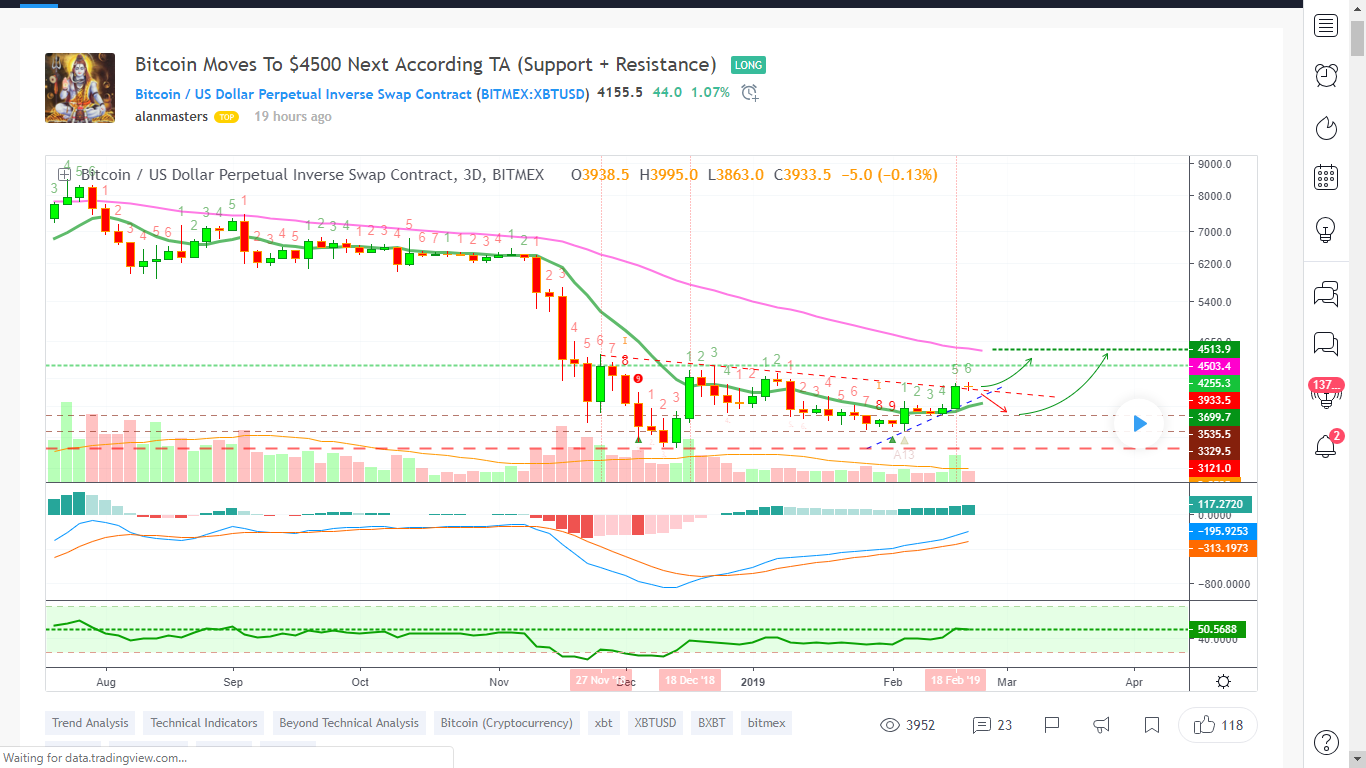 Finally, DLavrov also commented that for those who trade based on charts with candles of more than 4hours, the outlook is also promising:

It’s possible to predict the direction of the breakout using the market conditions from the higher timeframes. I remind you that based on the 4H we have more bearish market than bullish, but in the long run, the market looks more bullish than bearish. 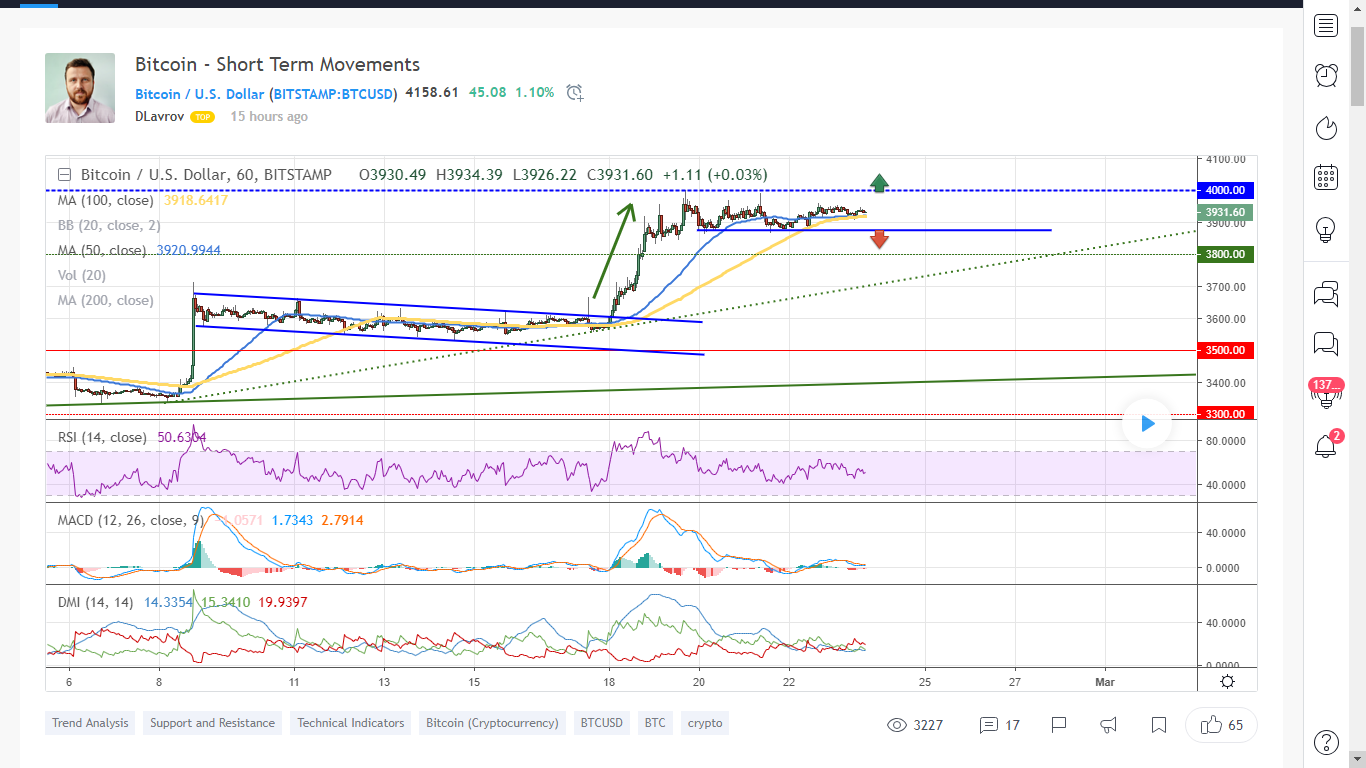 Please remember, these are just opinions and should not be taken as professional financial advice. Do your own research and never invest more than you can afford to lose. Good luck and happy trading!