The team backing up the famous TRON cryptocurrency is expanding in number slowly but on thought out steps – Matt Yue, former Senior Software Engineer of LeExo and Meituan, has been added on the group.

The platforms goal is to reform Internet by delivering the power back to public to a decentralized network instead of being centralized. Despite that the TRX token [by which TRON is being traded] is changing hands on the lower the past days which is similar to almost all digital currencies, the project is growing as various individuals are signing up. TRON is pairing with US Dollar at the level of $0.0396 with -2.97 percent decrease in the last 24-hours and a market capitalization of $2.6 bln. 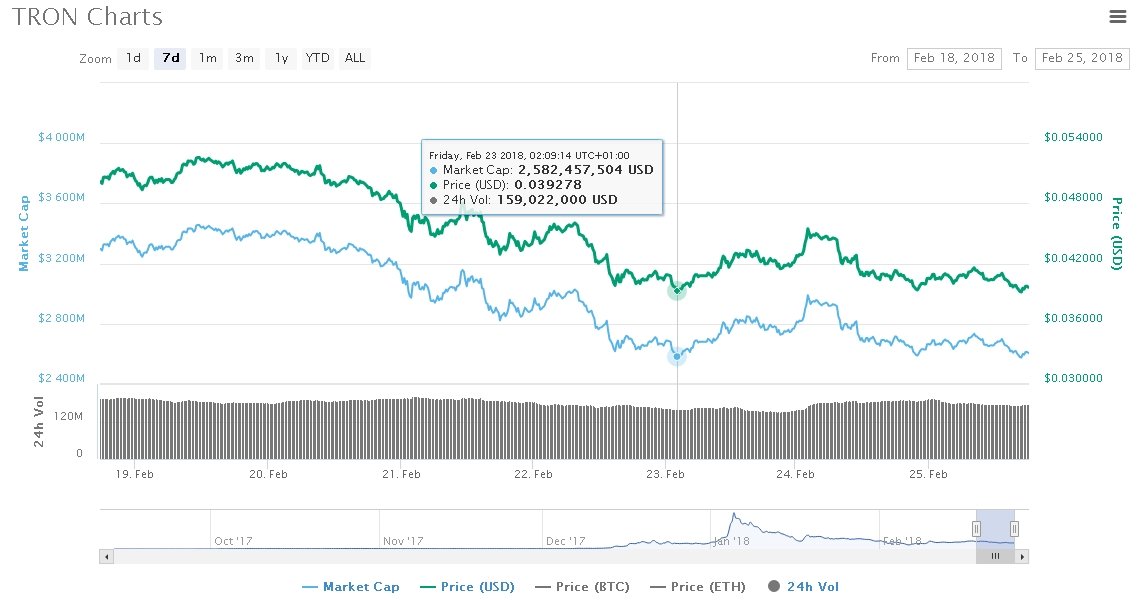 TRON’s clear idea is to lead the power to the general public to create and circulate content for free without depending on the centralized service providers and implements the blockchain technology to full use where anyone can issue to digital asset in form of TRX that is being protected by smart contracts.

“Tron now has a big user base, you can’t be in the Top 20 coins if you don’t have value” – Investment Advisor at Barclays, Robert Wong.

As the cryptocurrency market did enter a strong recovery mode and Bitcoin made it pas the major $10,000 last week, there was a feeling that the bearish moment was gone, however for now it has been plunging for days. As we are speaking in the longer term understanding, the platform as a project has witnessed a growing number of people using and supporting DApp.

Time will tell, however many are waiting for any new announcement by the founder Justin Sun or any team member as the crypto did boom-off strong beginning of the year.