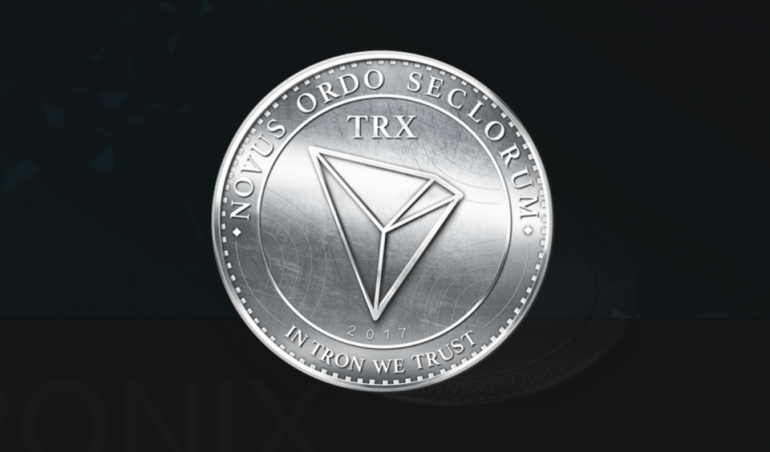 Tron Pedals Into a New Partnership

The crypto rumour mill started turning yesterday when an announcement of a possible partnership emerged between Tron and Alibaba. Well that one didn’t quite materialize but there was partnership news that could boost the altcoin’s user base by ten million.

With so much hype and even well-known industry figures starting their own Twitter accounts to pump and dump certain coins it is hard to find the wheat from the chaff. A Medium post hinted towards a possible partnership by highlighting links between Tron CEO Justin Sun and Alibaba chief Jack Ma. Sun is the former Chief Representative of Ripple in Greater China, additionally he is the CEO of Peiwo, the leading audio content community in China. He made the Forbes 30 under 30 list twice at the age of 26 and was hand-picked by Jack Ma himself to study at the Jack Ma Hupan University for entrepreneurs. 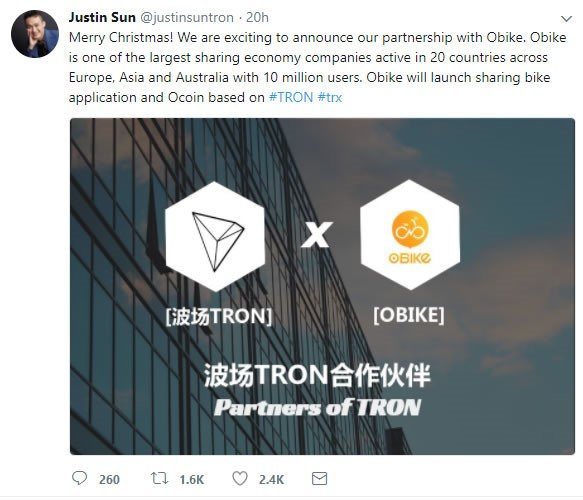 The partnership Sun did announce on his Twitter feed was with sharing economy company Obike. Both the Tron Foundation and Obike are based in Singapore but have expanded into China and a number of other Asian countries. The company is Singapore’s first homegrown stationless bicycle sharing system

which operates in 20 countries in Europe and Asia with over ten million users. It will be launching its own Ocoin for the system which will be based on the Tron decentralized blockchain network.

Tron is an entertainment based cryptocurrency which stands to reason since its founder runs Peiwo, an app aspiring to become China’s Snapchat that matches and connects users by analyzing 10-second voice samples as well interests. According to the Tron home page the crypto platform aims

“to construct a worldwide free content entertainment system with the blockchain and distributed storage technology. The protocol allows each user to freely publish, store and own data, and in the decentralized autonomous form, decides the distribution, subscription and push of contents and enables content creators by releasing, circulating and dealing with digital assets, thus forming a decentralized content entertainment ecosystem.”

The Tronix token, TRX, has jumped considerably in price this month alone rising over 2000% from $0.002 to $0.045. Market capacity is around $2.7 billion and is positioned at 18 in the coinmarketcap crypto chart. Being big in Asia TRX is traded mostly on Binance and South Korea’s Coinnest. Still relatively undervalued Tron could go a long way in 2018 especially if those big lucrative partnerships are forthcoming.