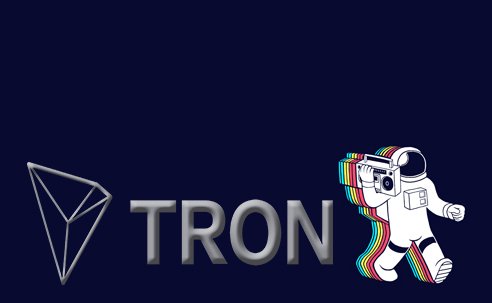 Tron (TRX) has announced it is now live on Wiki, adding that Apple has included Tron pricing on their Stock App. The progress is one of the major milestones achieved by the Tron team to make the cryptocurrency have a rewarding exit from the ERC20 network.

In a disclosure by Justin Sun, the founder of Tron, on Twitter, it was declared that users of Apple gadgets can now keep abreast of Tron’s market information.

“Apple has officially included $TRX pricing! Just add TRX-USD to your Stocks app. 1B @Apple users around the will be able to keep on top of #TRX market info. Come grow with us!”

Wiki is a brand new and open Encyclopedia that records Tron’s major dynamics and technological advances, the page gives those who want any information about Tron the opportunity to get it without any form of delay.

On the Wiki page, there is room for anyone to read information about Tron’s blockchain technology and other useful information, including blockchain explorers, wallets, its underlying protocols, events, and even programming contests.

On the page, Tron enthusiasts can get information related to Tron Loan and PG. The Wiki page, which serves the purpose of an Encyclopedia, documents real-time development of TRON, thus providing all participants with the freest TRON documents.

“Participants can participate in the construction of the Wiki Library using rst documents to write basic grammars or Sphinx documentation tools through GitHub and Crowdin,” A statement by the Tron team indicates.

“It is an open project that allows joint creation and improvement from worldwide TRON supporters. Therefore, Wiki owns the nature to be a freely accessible and freely editable TRON knowledge system, which means that it not only allows participants to freely compile TRON documents, but also can record the progress of TRON technology and TRON events attracting media attention.”

The Tron foundation has declared that OK Blockchain Capital will be participating in the TRON super representative.

The blockchain capital, while participating, will be able to supply quality resources accumulated by OK Capital, while hoping to work with global Tron ecological supporters to jointly promote the construction of TRON ecology and build a new blockchain industrial ecology pattern represented by Tron.

In the same line, OKCoin Korea also announced that it will support OK Blockchain Capital’s participation to assist in the development and maintenance of TRON community ecological construction in Korea.

OK Blockchain capital, which is an offshoot of OK Group, focuses on venture capital fund in blockchain field. At the same time, it accumulates rich experience in blockchain research and technology development, a field it has been in for the past five years.

Meanwhile, the Tron foundation has officially announced the Debut of Tron Virtual Machine. The development is coming ahead of the mainnet launch of May 31st, 2018.