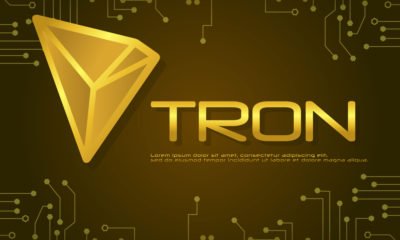 TRON’s $1.7M Airdrop To Ethereum Community Is A Potential Killer

The launch of TRON testnet signals that TRX will soon leave the ERC20 network and move to its personally developed mainnet, which will provide dependable futures for users and developers. Not long after TRON revealed the launch, it stated that the mainnet will be fully deployed in May and that anything that has to do with TRON will move out of ERC20 network, a platform owned and managed by Ethereum.

Now, the TRON team has aired that it earmarked 30 Million TRX (equivalent to approx. USD$1.7M) airdrop to Ethereum community as an appreciation towards Ethereum for their “support during TRON’s ERC20 phase in addition to preparing for the Super Representative Elections after mainnet launch”.  While TRON is making all these moves, the cryptocurrency is as well revealing it will soon be a competitor to Ethereum, and will soon outsmart the platform by becoming a DApp platform. The revelations did not go down well with Ethereum, resulting in the CEO, Vitalik Buterin saying the project has no soul. There is a sense in accepting that one has competitors, there is also a sense in accepting that one’s competitors are not reliable. Maybe Vitalik has chosen to accept the later and move on.

It is a fact that TRON is now Ethereum’s competitor, and the platform is doing everything to become more acclaimed than Ethereum is. This is visible in Justin Sun, founder of TRON’s statements and body languages.

“From today to the last day, we are no longer the ERC20 token and in the future, we will compete with Ethereum as a DApp platform,” Sun had said during the launch of testnet.

“We will compete face to face with Ethereum, and we have confidence we will build a large ecosystem; a much large ecosystem than the Ethereum. I will explain to you why we can surpass Ethereum in the future.”

After declaring to be Ethereum’s competitor, the platform unveiled a whopping sum airdrop purposely for Ethereum community. This is a potential killer for Ethereum, it is in many ways!

The Airdrop Is Nearly For Every Ethereum Users.

The airdrop is majorly for those who have a balance of over 1 ETH after January 1, 2018. It appears like TRON wants to give nearly all Ethereum users the opportunity. Doing this will give Ethereum investors an avenue to experience the newest generation decentralized network and participate in community governance because according to TRON, there are many issues on Ethereum platform that TRON has solved on its main Network.

Remember TRON is Moving Everything It Has Out Of Ethereum’s Platform?

TRON team will not only migrate to mainnet, it will as well have its DApps which are right now on Ethereum moved to TRON network. At present, TRON has 100 million users on its DApps, and all the DApps will be migrated to the new platform once it is launched.  There is no way Ethereum won’t feel this, but it will feel the $1.7 Million airdrop the most.

Funny how TRON donated $1.7 Million to Ethereum community, and now the platform is donating $1 billion to its community. The fund is purposely for developers and supporters to make TRON grow. Meaning, in few months after the launch, DApps will flood Mainnet and possibly outnumber that of Ethereum. The way TRON is moving, it actually wants to kill Ethereum, or possibly make it hibernate from the crypto space and if possible render its DApp platform useless.

NOTE: This is just an opinion, it does not reflect the views of Ethereum World News.