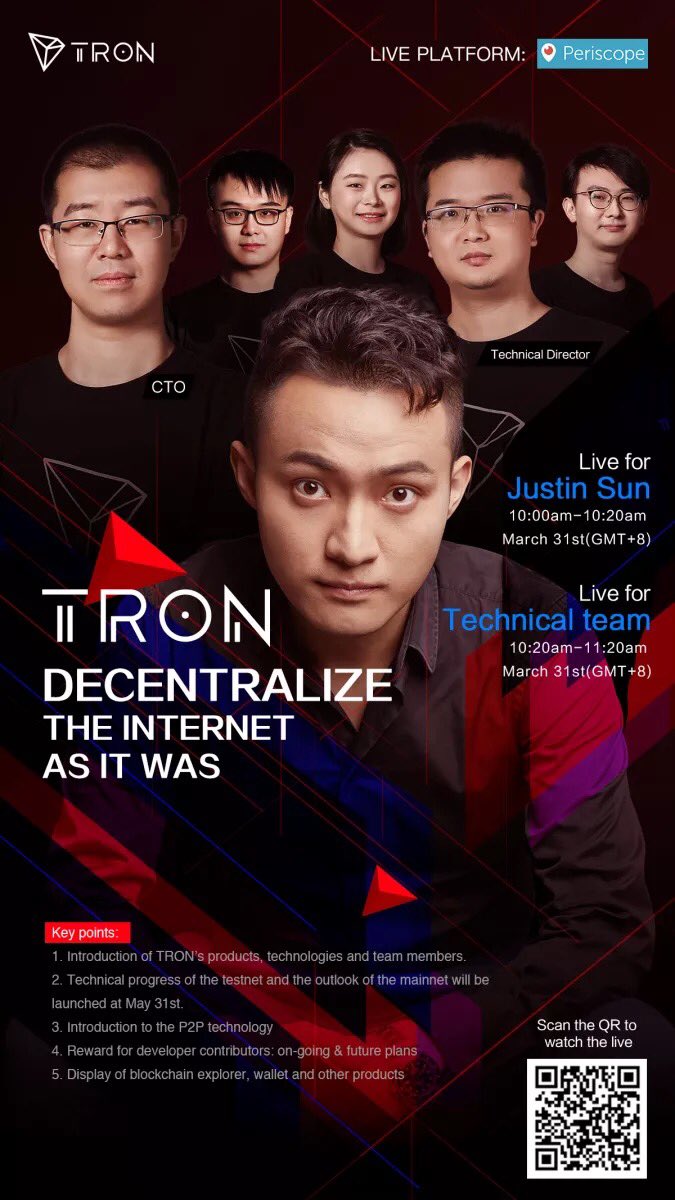 In a Tweet not more than 7 hours ago, and at the moment of writing this, the Tron Foundation has announced that the Tron (TRX) Technical Team will be live on Periscope from 10am to 11:20am, March 31st, 2017 and on UTC + 8 time zone. The tweet goes ahead and urges the Tron believers to Be There or Be Square.

This last phrase is a common English saying that is used to encourage someone to do something. A square, in many references and primarily in English slang, is a dull, rigid and out of touch individual. I doubt any of the Tron (TRX) fans, traders and believers want to be branded as such.

So what is Periscope and how do you tune in to the live broadcast?

Persicope is a live video streaming app for Android and iOS. The app lets you broadcast and explore the world as you live it and in the current moment. This aspect of any app is what is famously known as Live Streaming in the age of social media where you can broadcast to anyone and everyone at any time irrespective of time zones.

I am sure you are asking how you will log onto the Tron Event and watch once you download Periscope. Well, at the bottom of the flyer in the Tron foundation tweet earlier mentioned, is a QR code that you can scan to tune in to the broadcast.

So there you have it ladies and gents. The stage is set for the Testnet launch and a live broadcast by the Tron Foundation team.

Topics of discussion during the Live event include:

Be There Or Be Square!