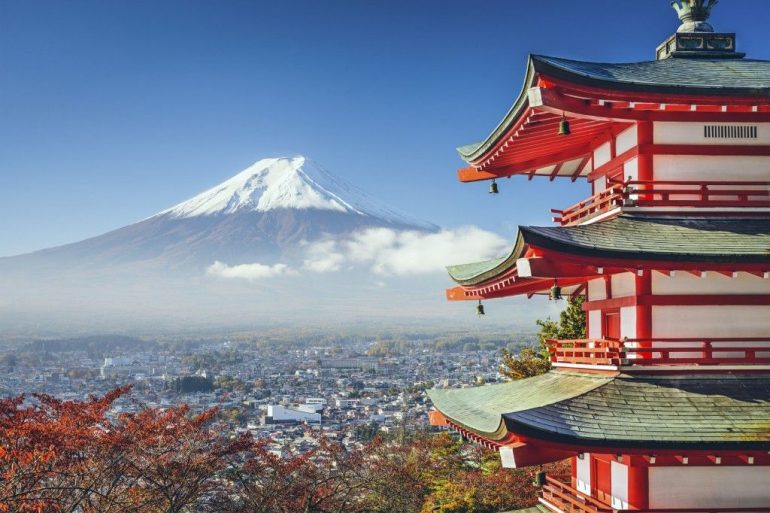 The U.S. and Japan Benefiting from Bitcoin Traders Moving Out of China

The largest Bitcoin exchange market now is Japan leading with 50.75 percent share on the global market. George Kikvadze – BitFury Vice Chairman, did note out that the reason for the increase of trading volume in Japan could be Bitcoin traders leaving China’s based services.

As its known until now, at the beginning of this week – Chinese Gov, official and financial regulators have declared the request of Bitcoin exchanges based in China to stop offering their services with the end of this month, Sep 30. Huobi and OKCoin have been given 1 more month as they were not involved or operated any fundraising for the inital coin offerings ICO.

But in any case, just to ‘play’ safe, Chinese traders are moving out while the moves from the GOV on the market is still in a unpredictable territory. This can be noticed as the Bitcoin trading volume by state right now for China dropped from 15 percent to 6.4 percentage points in a couple of days. 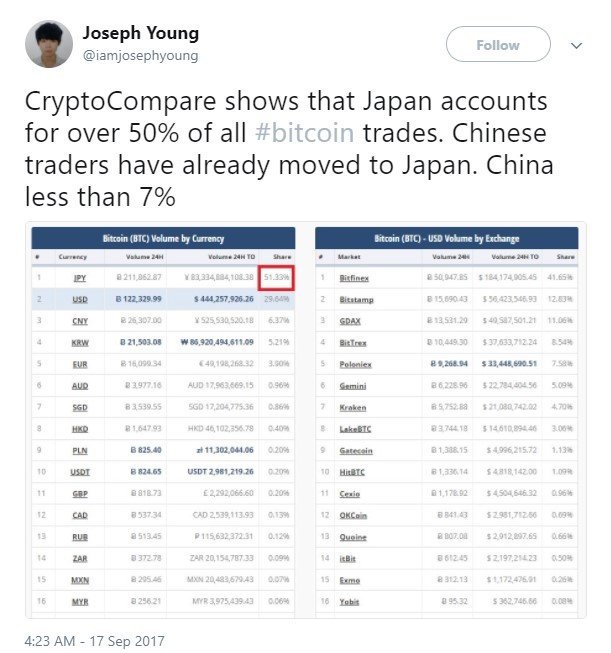 On the first moment that the news spread about the regulation being made, traders did move to Japanese Bitcoin exchange markets. This did lead to Japan being first positioned with 20% percent than the US when it comes to market Bitcoin share.

In the longer term, this market change which did indeed affect up to 15 percent of the traders and users could possibly lead to a market stabilization for the Bitcoin exchange market. Despite the major sell-off, cryptocurrencies are now trying to find a stable trading ground retesting supports, however traders are moving towards Japan and South Korea, which have obviously more efficient regulation benefiting both parties as exchanges and users in many more ways.