The U.S. government seems determined to avoid at all costs that countries with which it does not have the best diplomatic relations, can develop a cryptocurrency, or at least fail in their attempts to innovate in the development of blockchain technologies to improve their financial infrastructure. 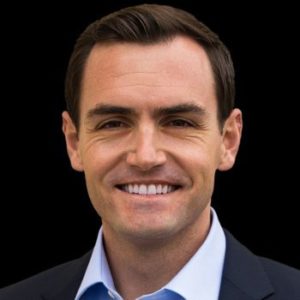 The main problem seems to be that with blockchain technology, countries can bypass the sanctions unilaterally imposed by the United States to affect the local economy to provoke a change in policy or a change of government aligned with what America believes is best for the citizens of that country.

A few days ago, Rep. Mike Gallagher (R-Wisc.) introduced a bill that attempts to prevent Iran from advancing in its efforts to create a cryptocurrency. The “Blocking Iran Illicit Finance Act” contains in its body a series of sanctions against Iran that follow the line strengthened after Trump’s decision to withdraw from the Joint Comprehensive Plan of Action (better known as the Iran Nuclear Deal).

Within the text, Title III “Sanctions With Respect to the Development and Use of Iranian Digital Currency” is specifically developed to avoid any type of activity involving the use of an Iranian cryptocurrency, regardless of whether its purpose is legitimate or not:

“All transactions related to, provision of financing for, and other dealings in Iranian digital currency by a United States person or within the United States are prohibited.”

According to Bill, President Trump would have the fullest powers to establish a minimum of 5 sanctions (with no set maximum) for anyone who uses Iranian cryptocurrencies as a means of payment for goods and services:

“The President shall impose 5 or more of the sanctions described in section 6(a) of the Iran Sanctions Act of 1996 (Public Law 104–172; 50 U.S.C. 1701 note) with respect to any foreign person that the President determines knowingly engages, on or after the date of the enactment of this Act, in a significant transaction for the sale, supply, or transfer to Iran of significant goods or services, or technological support, used in connection with the development of Iranian digital currency”

Likewise, they hope to prohibit the trading of this cryptocurrency:

So far, there has been no comments from Iran regarding this move. However, the country seems determined in its decision to adopt cryptocurrencies as a means to bypass Sanctions and reduce its dependance on the American Dollar after the United States pressured SWIFT to take back its support for Iranian Banks.

As reported by Crypto Crimson, Gholamreza Jalali, the head of Iran’s Passive Defense Organization emphasized in the potential of cryptocurrencies to boost Iran’s economy and fight back against United States in a Diplomatic and Economic Ground

“Cryptocurrencies can help bypass certain sanctions through untraceable banking operations … our major problem here is the US dollar, because the United States uses its national currency to control any country’s SWIFT operations, so we should reduce dependence on the dollar and replace it with another currency.”