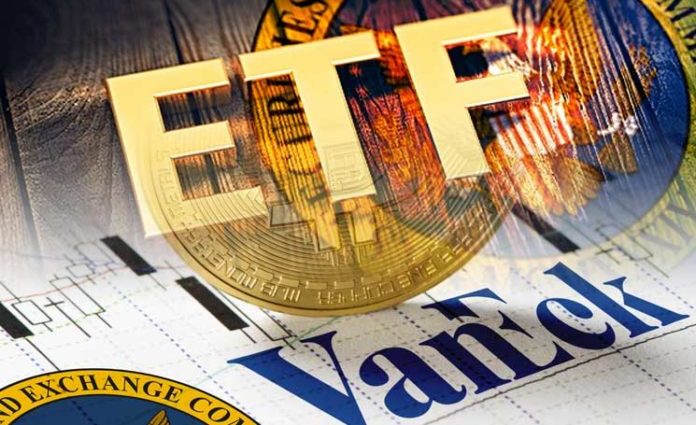 VanEck: A Bitcon ETF Approval Would Mean An In-Flow Of Billions Of Dollars In Investment

Throughout the better of part of 2018, there have been intense talks about the possibility of SEC approving a Bitcoin ETF. However, these expectations are yet to be realized as the regulatory body keeps postponing its decision.

Before announcing the possibility of considering the latest ETF proposal by VanEck, SEC had turned down 9 such applications so far. It cited lack of proper market regulation as one of the reasons for rejecting the proposals. In SEC’s view, the crypto market is still prone to manipulation, and allowing in an ETF at this point would be a bad idea. The Winklevoss brothers have also submitted an ETF proposal.

However, on its part, VanEck has worked well to modify the proposals to match SEC’s expectations. With that, VanEck hopes to run an ETF that will operate within the conventional parameters and under legal oversight.

A Bitcoin ETF Would Bring In Billions

One of the people putting their best foot forward in support of a Bitcoin ETF is Gabor Gurbacs. Gabor is VanEck’s Director of Digital Assets Strategy. Speaking in an interview with CNBC Africa’s business segment, Crypto Trader, Gabor said that the presence of an ETF would boost investor confidence and possibly bring in billions of dollars into the industry.

Gabor argued that in the wake of such possibilities, SEC ought to grab the chance to properly regulate the industry. However, such regulation would only be successful if there existed a functional ETF through which the investments would be channeled. Also, the operation of an ETF would help both the authorities and industry players to better understand how decentralized currencies can fit in a regulated traditional market.

Adding on his comments, Gabor assured that VanEck’s ETF would protect the investors while staying true to the ideals of a digital currency (Bitcoin). As such, investments would be insured against theft, hacks, or loss. That means that investors would be refunded their money in case of any of those events happened.

Also, as Gabor said, the ETF is designed in a way that would prevent price manipulations. The pricing mechanism would be sourced from VanEck’s own indexing subsidiary, making the ETF institutional-friendly.

As would be expected, the launching of a Bitcoin ETF would impact the market almost immediately. In his view, Gabor likened a Bitcoin EFT to a Gold ETF, meaning that risk-averse Bitcoin investors would opt to invest through an ETF. He predicted that in that case, the first day of the ETF going live would see about $1 billion worth of investments stream in.