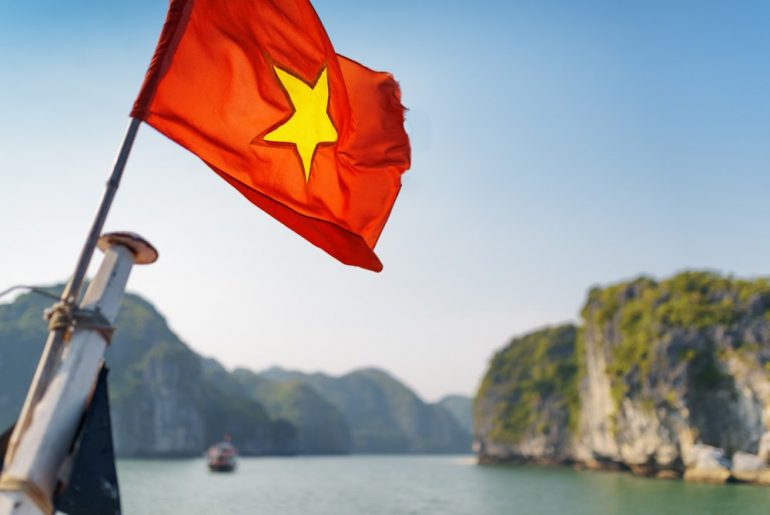 Vietnam has joined the list of Asian nations clamping down on crypto currencies this week. The state bank issued a notice on October 28 declaring that Bitcoin and other virtual currencies are not considered legal payment methods under a new law that will levy fines on the use of crypto currencies from the beginning of 2018.

It comes as no surprise that government controlled banks in highly authoritarian countries do not have a positive outlook towards crypto currencies. Bitcoin’s adoption in Vietnam has been rising however this latest move is likely to drive the market underground and stifle blockchain innovation and adoption within the country.

The government wants nothing to do with Bitcoin, preferring to regulate all financial transactions through the state controlled central bank. Local media reported that illegal issuance, supply, and use of Bitcoin and other similar virtual currency will result in a fine of between $6,600 and $150,000; offenders may be subject to criminal prosecution in accordance with Article 206 of the 2015 Penal Code.

In recent years a number of outlets, coffee shops, and cafes that accept Bitcoin payments have sprung up in Ho Chi Minh City along with tellers that will convert digital currency into local. A new payment model will need to be sought by tech savvy business operators in order to avoid prosecution and fines. Educational institutions and universities in Vietnam are still campaigning to allow the use of Bitcoin as a payment method for overseas students who would otherwise struggle with traditional financial transfers.

While governments can issue broad scale bans of crypto currencies they cannot prevent individuals using and trading them. Outlawing Bitcoin only pushes users and investors to other more privacy focused alternatives such as Monero, the only coin with which transfers cannot be tracked back to individuals. Heavy handed state legislation which stifles technology and innovation only sends the wrong message; those already in the know are likely to find alternative ways of using crypto currencies. It is also a possibility that there will be a state controlled Viet-coin or something similar launched next year.

With Vietnam being such a small player in the crypto-sphere it is unlikely that this clampdown will have anywhere near the effect on Bitcoin prices as was witnessed when China and Russia imposed regulations on digital currencies last month.  When governments and bankers start paying attention to crypto currencies and making moves to block them, it becomes a sure sign that they are here to stay.