Vitalik Buterin, the founder of Ethereum, tweeted about the current debate in the Bitcoin Cash community about a fork proposal that nChain, the company for which Craig Wright serves as chief scientist, is actively promoting. 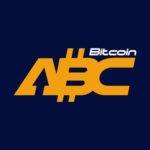 This initiative follows a series of disagreements with Bitcoin ABC regarding some modifications to the protocol used. According to Craig Wright’s vision, Bitcoin Cash, the fourth-ranked altcoin in the global market cap today, is moving away from Satoshi Nakamoto’s vision by applying a series of “unnecessary changes.”

As for Mr. Wright’s idea, Vitalik Buterin believes that a fork could be counterproductive:

The BCH community should NOT compromise with Craig Wright to "avoid a split" and should embrace it as an opportunity to conclusively ostracize and reject him. Bitcoin Craig (BCC) can go take the ticker symbol from the now-defunct cryptocurrency to which it is a fitting successor.

Vitalik Buterin has always expressed his rejection of Craig Wright’s conceptions. On several occasions, he has described Wright as lying about his allegations of being Satoshi Nakamoto. In the tweet, he commented that this was the perfect opportunity to “conclusively ostracize and reject him.”

A short time ago, in Seoul, during the Deconomy 2018 Summit, Vitalik Buterin referred to Craig Wright asking why a “fraud” as him was allowed to speak at the event. This is something Buterin has continuously emphasized.

It is important to note that Wright’s proposal has not enjoyed the support of big names in the community and is therefore not popular enough to gain a significant user base for the BCH blockchain, nevertheless, the support of a major mining pool such as CoinGeek could prove decisive for its implementation.

The fork promoted by nChain and rejected by Vitalik is known as Bitcoin SV. The “SV” stands for “Satoshi’s Vision”, since, according to Craig Wright’s interpretation, it would be the closest blockchain to Satoshi Nakamoto’s true vision expressed in Bitcoin’s Whitepaper, a claim identical to that of Roger Ver and other BCH advocates when referring to their altcoin as being the real Bitcoin.

Vitalik also took the opportunity to refer to Bitcoin SV as “Bitcoin Craig.” He said he can use the BCC ticker, named after Bitconnect, the currency known to be one of the most famous Ponzi schemes in history. For Buterin, Bitcoin SV, it is a fitting successor to the famous scamcoin.

Bitcoin SV proposes to restore four Satoshi opcodes that were disabled from Bitcoin blockchain, as well as to remove the proposed changes to BCH. They also focus their proposals on an even larger growth in block size, even though the size of the mined blocks in the BCH blockchain is currently less than 100kb, with a maximum capacity of each block of 32 MB.