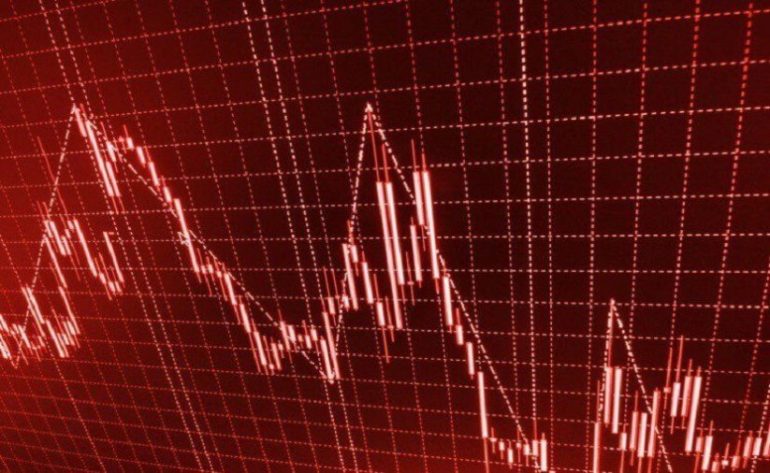 This year has not been a bright one for cryptocurrencies. The fervor at the beginning of 2018 has dissipated into a shroud of despair towards the end of it. As markets continue dump, new lows are being made leaving us wondering when it will reach the bottom.

Over the past 24 hours cryptocurrency markets have bled $30 billion dollars according to stats from Coinmarketcap.com. From a level of $219 billion this time yesterday markets have crashed to a new low for the year of $189 billion around eight hours ago. A small correction has pulled them back to $192 billion but further losses look imminent.

It is the third lower low in August indicating that the down trend is steepening. A whopping $110 billion has left the crypto space in less than three weeks as markets plunged 37%. Bitcoin has fallen sharply dropping 27% from its July high of $8,350 to its current level at just over $6,000. This has caused the altcoins to shed even more as they get dumped in a fury of FUD. Many of them including Cardano, Iota, Tron, Neo, Binance Coin, VeChain, and 0x are getting smashed over 20% on the day.

There has been some speculation as to what is behind this big dump as the SEC’s delay of the CBOE ETF would not have caused such a collapse but may have been the catalyst for it.

Senior market analyst at eToro, Matti Greenspan, suggested the US dollar is having an influence when he told the WSJ;

“The crypto markets falling may well be a side effect of the dollar strength right now. The buck is simply crushing everything in its path.”

Other analysts have blamed Ethereum for the last two day’s declines as ICO projects offload their ETH holdings to liquidate assets in a bearish market. Ethereum has been crushed overnight with an 18.5% slide to $260, its lowest level since September last year. Since early February over $80 billion has been dumped out of Ethereum’s market capitalization sending it back to levels in mid-2017.

Ethereum is still the primary platform for many ICO and blockchain projects but since raising funds in ETH they have been anxious to cash out as the bearish market goes from bad to worse. It appears that this has all happened at once accelerating the free fall that many tokens are now experiencing.

The long term prospects for Ethereum and Bitcoin are still very strong, but this year they are being put through the wringer.