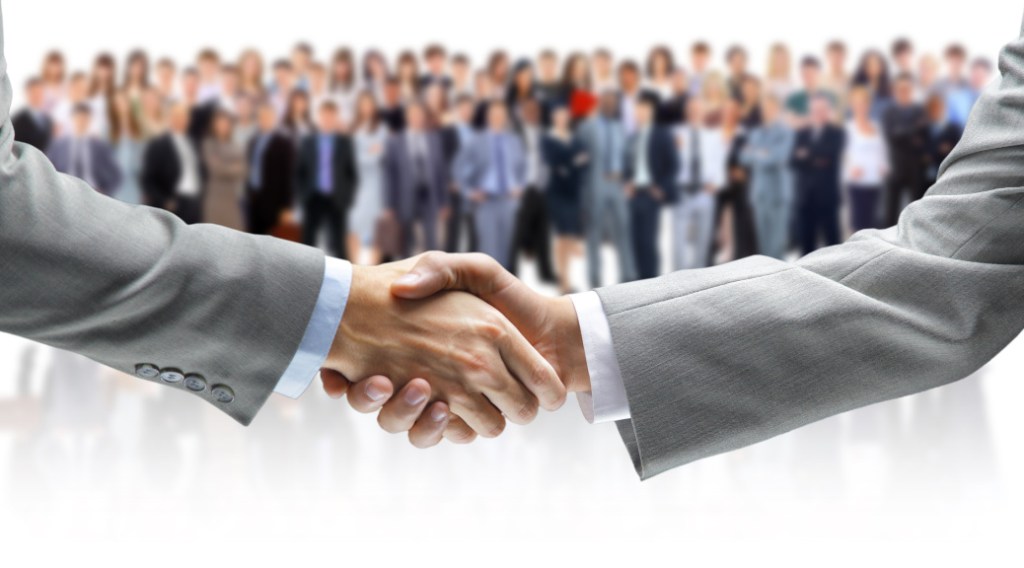 Will there be a SWIFT – Ripple Partnership Soon?

Ripple’s high popularity has recently earned it the privilege of occupying a kind of honor seat in the cryptocurrency ecosystem. Every day more and more users follow not only the news of this company’s strategic alliances but also the technological advances and even the price fluctuations that its XRP token experiences over time. 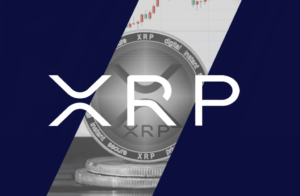 In fact, this controversial cryptocurrency has gained so much traction that it even “took” Ethereum’s place for several hours as the second most important cryptocurrency within the global market cap.

However, despite Ripple’s conceptual philosophy, many users have speculated about what the future of startup might be, and lately, there has been a rumor that SWIFT, the ultimate representative of the traditional money transmission system, would be in danger of being replaced by Ripple or even thinking about using its technology.

One of the reasons for this rumor is Ripple’s presence at the Sibos Conference: An event organized by SWIFT and to be held in Sydney next week. Generally, in Sibos, the most important exponents of the world of finance meet to discuss strategic areas regarding the development of technologies applied to the economy.

"There is no Universally Accepted CCP for Int’l Payments"
"By using #Ripple, AMEX speeds the time to market, lowers their cost and delivers a better customer experience."
And then there's #Ripple with #XRP! Fides => SWIFT => #Ripplehttps://t.co/pLsMakJ0P5https://t.co/f23CJlbrl4 pic.twitter.com/8tdjaJCMuE

Ripple to acquire SWIFT.
That’s possible, anything is possible. There are so many co-incident clues, no doubts.
You can’t disagree with my speculative assumption.

Ripple’s exponential growth and strategic partnerships with several banks make it possible to reach this conclusion. The recent announcement of xRapid’s launch with several global clients already using it, allows both technologies to be compared with clear advantages for Ripple in several aspects.

However, it is important to note that until now neither of the two companies has mentioned any interest in working together, and while it may be possible that an agreement of this magnitude is handled with a high degree of confidentiality, there is always some leak that lets the community tie up loose ends.

So far there has been no indication of this.

SWIFT: Looking at The Blockchain Before It Was Cool

What is known is that SWIFT is highly interested in using blockchain technologies to increase its platform’s effectiveness. 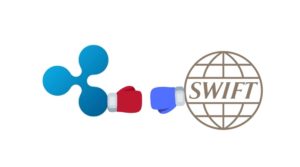 SWIFT’s interest in the use of such technologies is not new. As early as 2015, SWIFT announced that it would provide financial support to the Linux Foundation. With this alliance, the Hyperledger project would become a platform “sponsored” by SWIFT.

Then, in 2016, SWIFT started a series of studies to analyze the feasibility of using blockchain technologies on its platform.

The study yielded interesting results that already showed SWIFT’s interest in using this type of technology even though Ripple was not a project of particular importance in the ecosystem:

“Our analysis has confirmed that DLTs have the potential to bring new opportunities and efficiencies to the financial industry with their key strengths including the ability to create:

Trust in a disseminated system;

However, despite the benefits, there were tough obstacles that had to be overcome for SWIFT to start contemplating the imminent possibility of migration.

Ripple and SWIFT or Ripple vs SWIFT?

As early as 2017, SWIFT announced that it would conduct a series of preliminary studies in a Proof of Concept blockchain. 33 banks participated in this test  “designed to validate whether the technology can help banks reconcile their international Nostro accounts in real time.”

The results were defined as “extremely positive.” On March 8, 2018, SWIFT published a report showing the results of its DLT proof of concept for Nostro reconciliation. An idea they defined as “one of the largest and most ambitious proofs of concepts run with the emergent technology.”

According to the results, the tests went “extremely well:” although some problems remained. The report concluded that it was too early for SWIFT to adopt DLTs as a standard.

“The PoC went extremely well, proving the fantastic progress that has been made with DLT and the Hyperledger fabric in particular,” said Damien Vanderveken, Head of Research and Development at SWIFT. The DLT sandbox enabled us to control access, to define and enforce user privileges, to physically segregate confidential data and store it only with the relevant parties while supporting a strong identity framework by linking all participants to their BIC, and having all keys signed by a SWIFT certification authority “. 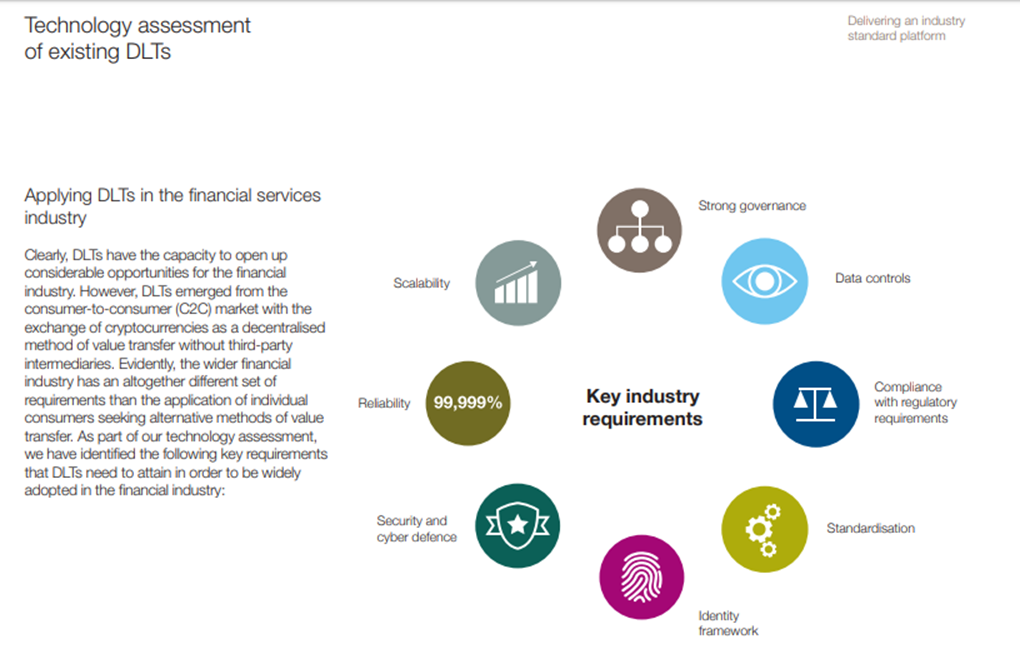 SWIFT currently controls a System used by more than 11000 institutions in 200 countries, and although Ripple has had an accelerated growth, its market share is minimal compared to that of SWIFT.

It is very likely that instead of a commercial partnership SWIFT is looking to be a direct competitor to Ripple; however, any idea is mere speculation. Despite this, any effort by either Ripple or SWIFT to bring together two markets that until recently were considered antagonistic is something to be admired.

Competition is good, so are alliances. At the end of the day, it is the ecosystem that wins with all this.