It is no surprise that Gemini, the crypto exchange owned by the twins Cameron and Tyler Winklevoss, was granted a DFS license for trade Zcash. The influence of the twins in the world of cryptos gives a seriousness and credibility to their businesses that make them a challenging competition to beat for other initiatives. 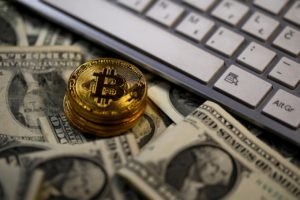 According to leaked media reports, the famous Twins donated 50k each to Gov. Andrew Cuomo on April 24th just because they believe “he’s doing a great job.” A few days later, on May 14, state authorities approved their request to obtain the famous Bitlicense for Gemini.

After this action, the Winklevoss twins deposited 15k each to the renowned New York politician.

Since the advent of BitLicense, New York has been one of the states in which obtaining a license to operate in crypto related businesses is practically impossible.

It is so difficult to get a permit that many fintechs and startups have preferred to move their headquarters rather than dealing with the bureaucracy and extreme complexity of getting approval from state authorities.

However, Gemini obtained the license thanks to the commitment of the State of New York to promote “innovation and leadership in the global marketplace.”

“This action continues New York’s longstanding commitment to innovation and leadership in the global marketplace. With smart and thorough regulatory oversight, the development and long-term growth of the industry will remain thriving.”

After obtaining permission, the Winklevoss twins were extremely enthusiastic about this favorable decision. Especially since Zcash is a privacy-focused cryptocurrency, a feature that many authorities still don’t approve of:

“We are proud to be the first licensed exchange in the world to offer Zcash trading and custody services and look forward to providing customers with a safe, secure, and regulated place to buy, sell, and store Zcash, an incredible new form of digital cash.”

Absolutely No Reason To Suspect

However, there is nothing to worry about, let alone doubt the goodwill of the Winklevii. They did not make a donation with the intention of influencing the decisions required to obtain such a license.

This was announced by a spokeswoman, who pointed out that the donations had no relation whatsoever with the obtaining of the license:

“They contributed to Gov. Cuomo’s campaign because they believe he’s doing a great job, is a problem-solver, and is definitely the right person to lead New York in the years ahead.”

Likewise, Abbey Fashouer, a spokeswoman for Governor Cuomo, gave her word that the 130k donation had nothing to do with the granting of the license:

“We appreciate their support… No contribution of any size influences any government action.”