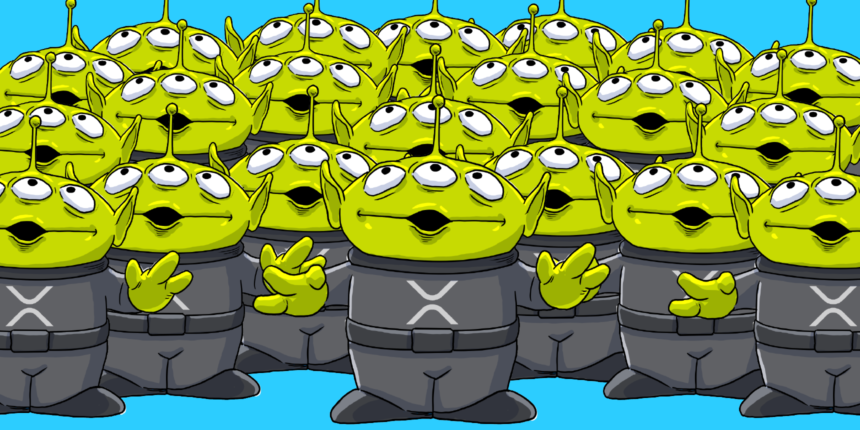 XRP Community May be Negative for its Adoption. eToro’s Mati Greenspan Explains Why

There is no doubt that XRP has had a controversial history in the world of cryptocurrencies. After being a sort of crypto-verse “black sheep,” Ripple’s token has increased not only in popularity but in adoption by large financial institutions, to the point of being ranked second on the CMC list for a while.

Although Ethereum has managed to retake its place, XRP has considerably increased in popularity. Its community has become a group of loyal enthusiasts whose presence on social networks (especially Twitter and Reddit) has surpassed any expectation, to the point that many have speculated on the possibility that everything is a strategy orchestrated by Ripple Labs.

However, despite dominating the Internet, it is possible that for Ripple’s goal, a little caution is better than an exacerbated enthusiasm. Mati Greenspan, Senior Market Analyst at eToro, believes that the aggressive campaign promoted by the XRP Community may be counterproductive to Ripple’s goal of mass adoption.

According to an article by Crypto Briefing, Greenspan has an optimistic view of the project, pointing out that although it considers that XRP is not a security (something that could boost massive trading) the fact that “floods of people” try to force banks to adopt this technology can be negative in the short term.

“XRP is not a security, in my personal opinion … My best understanding is XRP is logically a utility token [but] the SEC may see things differently.
The negative side to [XRP’s online community] is aggressiveness … Floods of people are attempting to force banks to accept XRP.”

Such has been the popularity of the Ripple token that the XRP Army ranked 4th in Coindesk’s Most Influential 2018. For those unfamiliar with the subject, an account from that “army” RippleMeThis – now suspended – shared with the portal the perception they have of the token’s potential.

Despite this possibility, Ripple’s business strategy has yielded good results. According to estimations, the young technology developed by this company has already been adopted by more than 200 financial institutions, and there is already talk that Ripple could be a competitor of the SWIFT system.