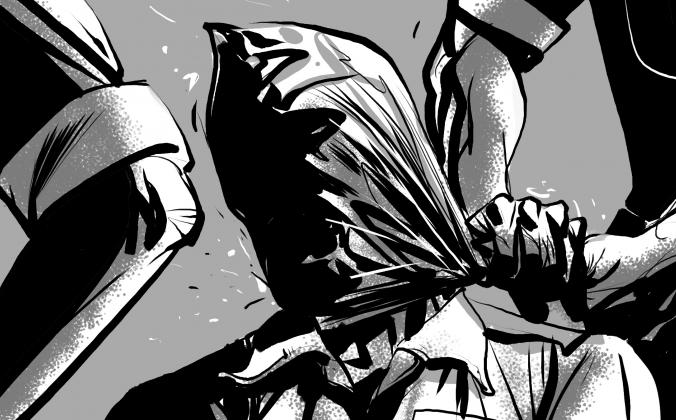 A group of young professional men was accused by Manhattan District Attorney’s Office of breaking into a friend’s apartment and torturing him in order to gain access to his wallet.

According to an article from the NY Post, the group of friends went to drink and have fun, and after the victim was drunk, the criminal group seized the opportunity to break into his apartment and violently force him to reveal the secret keys to his wallet.

Nicholas Truglia, 27, never imagined how far his friends were willing to go for money. David Leica, 19, Steven Dorn, 29, and Chris David, 25 and Stephen Orso, 25 accompanied Truglia to his luxury apartment on West 42nd Street at about 2:50 a.m. on Sept. 7, where they proceeded to apply multiple tortures to his friend.
The story that appears in the court papers is quite explicit:

“(Truglia) provide him (Orso) with login information for his cryptocurrency accounts while holding his head underwater in the bathtub, punching him in the stomach and throwing hot wax on him“

After analyzing a series of surveillance footage, it became evident that the friends escaped two hours after taking Truglia to his apartment. One of them looked like “to be concealing a rectangular object under his sweatshirt consistent with a laptop computer.”

According to the victim’s testimony, Truglia woke up the next day and noticed that his iPhone, laptop, and hardware wallet had disappeared. He immediately reported it to the authorities.

The prosecution has not given details about whether the criminals stole or misused Truglia’s funds. Nor did they mention which cryptos the victim used.

Apparently, Leica returned the iPhone to Truglia the next day in an Uber, and Chris David returned his wax-splashed laptop shortly thereafter.

The defense denied all of Truglia’s accusations against the four men. According to Stacey Richman, the group’s defense attorney, her clients were just “helping a person who had over-imbibed.”

“I provided audio to the district attorney’s office wherein the complainant admits these allegations are false … It’s disappointing that our standard of journalism does not permit the innocent to have their day in court and slanders them upon accusation.”