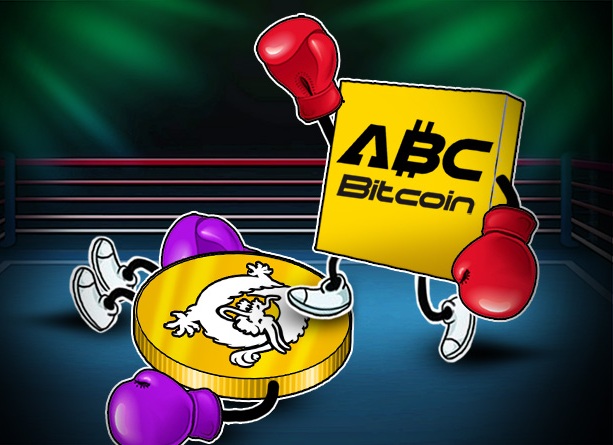 ABC Is Winning The War As Exchanges Assign It The Bitcoin Cash Ticker, Gets Listed As BCH On CoinMarketCap

It’s been a week since the Bitcoin Cash fork happened and the hash war kicked off. Bitcoin Cash ABC and Bitcoin Cash SV have been battling it out to edge each other out, and this has caused serious ripple effects across the whole crypto market. Bitcoin has lost over 20% of its previous value, bring it down by over 75% of its 2017 peak value. At the moment, BCHABC seems to be winning the hash rate war with more blocks mined than BCHSV.

Another War To Fight

However, there seems to be yet another war to be fought. Since the two have been engaged in a battle primarily meant to define the sole successor to Bitcoin Cash, both the crypto’s ticker on exchanges as well as its “BCH” designation have been the other main bones of contention.

Bitcoin Cash ABC Is Now BCH And 4th In The Market

Bitcoin Cash ABC is doing great, and not just in terms of hash rate. Since the battle started, the crypto has received tremendous support from some very influential quarters. Roger Ver pledged his support and redirected his company’s mining resources to mine BCHABC. John McAfee has also been quoted as pronouncing his unending support to Bitmain’s Jihan Wu.

Besides winning individual hearts, BCHABC seems to have wooed exchanges and influential market entities too. Some big exchanges are now unlocking Bitcoin Cash accounts and transitioning the tokens in them into BCHABC. Some have even given the BCHABC the designation of “BCH,” pronouncing it as the successor to Bitcoin Cash.

On CoinMarketCap, ABC is now listed as BCH, making it the 4th largest cryptocurrency in the market and trading at a cool $235. On the other hand, BCHSV is down at position 173 and trading at $51. Also, it seems that BCHSV is losing value on a daily basis, and that’s not good for its supporters.

The fact that BCHABC is winning against BCHSV doesn’t make the latter’s supporters happy. BCHSV supporters are furious mainly because of the apparent triumph of BCHABC and its inheritance of the BCH designation, exchange ticker, and value. The general argument is that some exchanges have been using different tickers for each of the two, having listed them both. In that case, some BCHSV patriots don’t take the BCHABC’s transition to BCH kindly.