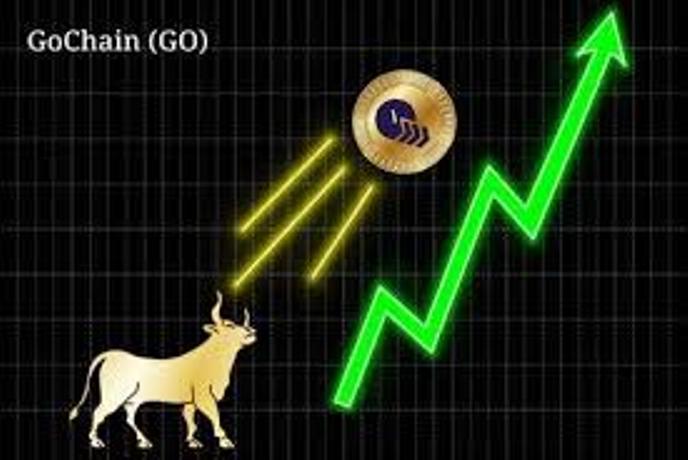 GoChain, a crypto that entered the market just a few months ago, is now making headlines, and for good reasons. Over the last 24 hours, GoChain has jumped into double-digit growth that has left crypto enthusiasts wondering what’s next.

GoChain’s Journey To The Market

GoChain made a timely debut into the crypto world back in May, precisely on May 16th, 2018. At the time, things weren’t going very well for most of the coins in the market. Since then, the new crypto has picked up pace and become one of the most talked about cryptos. With about a billion coins in total supply, GoChain’s current circulating total is just about 600 million tokens.

Despite the many challenges facing new cryptocurrencies, one of which is the steep competition from the already established ones like Bitcoin and Ethereum, GoChain has so far managed to stay afloat. Basically, this crypto was stepped into the market right in the middle of a generally bear market. Despite that, it still managed to bag important listings on a few popular crypto exchanges. It was listed by Upbit and Bittrex. Today, the cryptocurrency is trading on Bittrex, Upbit, KuCoin, Bilaxy, and Binance.

GoChain: What Makes It Tick?

Perhaps one of the strongest contributing factors to GoChain’s success is its network’s incredible transaction speeds. Compared to the likes of NEO and ETH, GoChain clearly wins hands down. NEO’s tps (transactions per second) clocks 33 while ETH scores 13. GoChain scores a miraculous 1,300 tps. The crypto’s network uses a rather radical consensus system called Proof-of-Reputation. That’s very different from Ethereum’s Proof-of-Work (PoW) and Proof-of-Stake (PoS) used by some others.

However, the most impacting development that could have caused GoChain’s sudden surge is something connected to Binance. Every month, Binance, a very popular crypto exchange platform, runs its checkers to pick out a winner among the many unlisted cryptocurrencies. As such, cryptos that want to score a listing on Binance must meet the specified criteria to impress the exchange. The winner gets a free listing on the exchange. Last month, GoChain won the Binance coin of the month competition. Now, that’s the kind of news that puts a cryptocurrency on the map within the crypto community.

As already known, cryptos tend to gain hugely in price when it gets on a large exchange. It has happened before, and therefore GoChain’s case was almost expected. But it’s the speed and magnitude by which it has jumped that warrants special attention.

In the last 24 hours, GoChain’s market price has jumped by over 40%, signaling a major bull run. Two months ago, its market cap was $18 million. Today, GoChain is clocking over $30 million in market cap. In the last 24 hours, its daily trading volume has hit upwards of $2 million. At the time of this writing, GoChain is still up 35% and trading at $0.065 per token. Now the question is: Could GoChain’s market situation trigger a general bull run on others like Bitcoin? How high can GoChain soar?