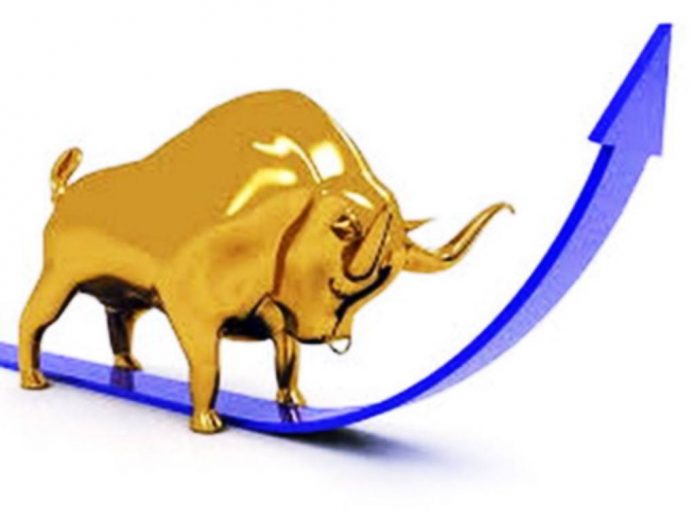 Pantera’s Krug: The Next Crypto Bull Run Will Bring A 1000% Gain And Hit $2 Trillion In Market Cap

Just recently, Ethereum’s Vitalik Buterin went on record saying that the crypto market, and Bitcoin in particular, couldn’t possibly experience a second mega price surge in the thousands. Well, someone seems to disagree with that assessment. That someone is the Chief Investment Officer (CIO) of Pantera Capital.  Joey Krug presides over the investment decisions of one of the largest crypto investment funds on the planet.

The Crypto Market From Joey’s Angle

Speaking to Bloomberg, Joey had a thing or two to say about what he thought of as the imminent price surge that’s about to happen in the crypto market. In his opinion, the next crypto bull run will very likely put the market’s total trading volume at $2 trillion. For that to happen, the crypto market will have surged by about 1000%. By all accounts, Joey seems pretty sold to that prospect.

To support his opinion, Joey Krug mentioned the current campaign to foster mass adoption of cryptos, and the fact that huge financial institutions like Fidelity Investments are finally recognizing the need to adopt cryptocurrencies. Krug thinks that such moves towards crypto mass adoption could potentially trigger a major market event and drive the price up by unprecedented margins.

What Could Trigger A Bitcoin/Crypto Bull Run?

However, Krug also noted that this kind of price surge can only happen if it’s supported by strong foundations of easily scalable crypto networks. In fact, scalability has been one of the most damning hurdles facing cryptocurrencies and various other blockchain-based products. Krug went on to mention that the leading crypto networks like Bitcoin seem pretty poised to solve the scalability problem – at least by what they’ve been doing about it lately.

Bitcoin’s Lightning Network is touted as a cheaper and faster option for funds transfer. Blockstream, a blockchain development company, is also launching the Liquid Network, a Bitcoin sidechain that will make transactions even faster and more secure than the current Bitcoin network. Ethereum, XRP, and Tron are also on the right track in developing better systems to speed up transaction processing. Such developments will ultimately rival the likes of Visa and Mastercard and contribute greatly to the campaign for mass adoption of cryptocurrencies. As is already a fact, mass adoption equals price surge.

Commenting on the current market situation, Krug opined that the crypto market, especially the Bitcoin market, has already hit the bottom and will remain to swing about the current average ranges until the next big thing happens and catalyzes the next bull run.