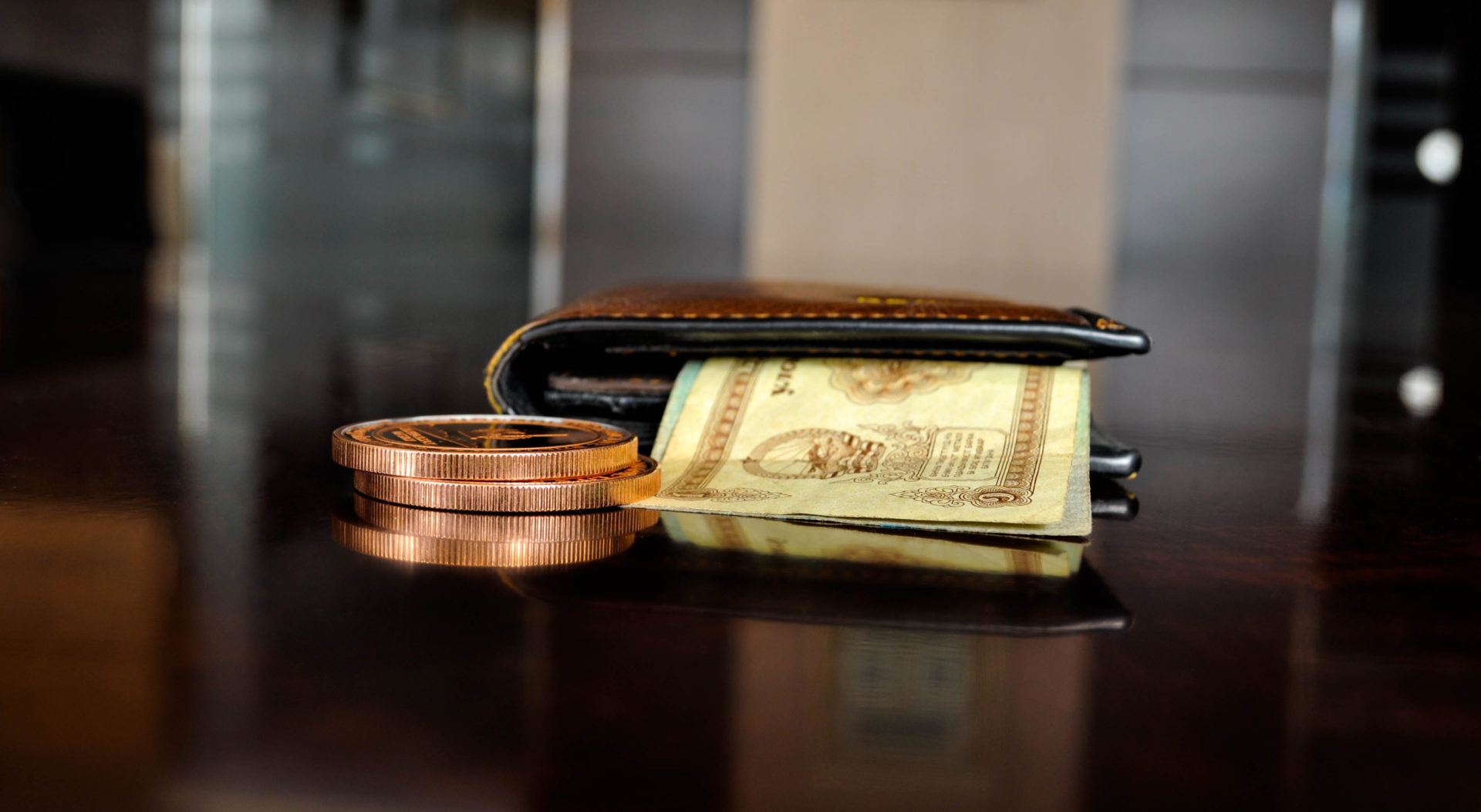 The Irish Minister of Finance, Charlie Flanagan, is jubilant expecting enforcement of a proposal that will once-and-for-all crash financial illegalities. According to reports from the Irish Times, Flanagan said terrorists and serious criminals are thriving thanks to money laundering. The act itself if criminal and if steps are taken to starve them from “washing” money, there won’t be suffering or loss of lives.

📣 #DidYouKnow Developing countries lose an 1 TRILLION $ every year through a web of secret and illicit activities? Read my contribution to @ONECampaign blog and learn about Youth Ambassadors efforts to crack down corruption and adopt stricter #AMLD rules. https://t.co/hpLt21n2dv

As a result, he strongly supports the provisions of the fifth EU money laundering directive which came in force last year. Although EU member states have a whole year to effect, the cabinet of Ireland is on it, approving a bill that may enforce the directive that would extend to digital currency platforms and wallet providers.

Good news! The 5th Anti-Money laundering Directive has entered into force #AMLD. It will make the fight against money laundering & terrorism financing more efficient. We must close all loopholes: gaps in one Member State will have an impact on all others. https://t.co/ybc0BERggf pic.twitter.com/QzF3zN3XeY

The new order will not only foster information exchange between authorities but will tighten existing legislation while simultaneously ending the anonymity associated with bank accounts. In reality, authorities will be given a lee way and there will be no privacy as private individuals will be barred even from opening anonymous deposit boxes. Additionally, the authorities will be free to go through private bank records in the course of their money laundering and terrorist financial investigation. 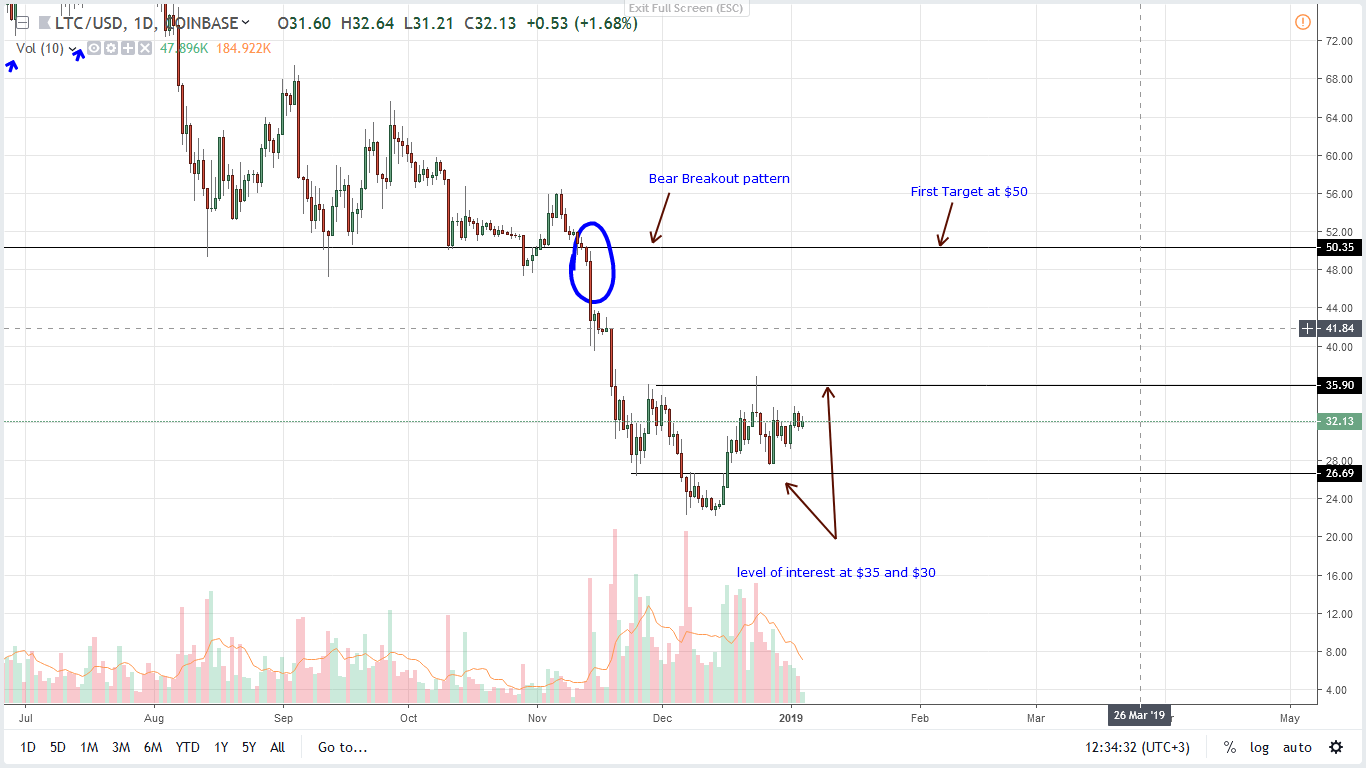 At eighth, Litecoin commands a market cap of $1.9 billion and trading within a bear breakout pattern against the USD. Unless otherwise there are strong, high-volume rallies above $50, LTC/USD is technically bearish and even open for further drawdown more so if bulls fail to thrust and close above Dec 2018 highs at $35.

As it is, we have a double top and the inverted hammer of Dec 24 was a real bummer for LTC bulls as there was no confirmation of Dec 23-24 surges despite widespread expectations. This recovery is a necessary correction, a pullback in the depth of a strong bear trend.

Otherwise, there will be a surge in confidence once LTC prices thrust and close above $35. In that case, our LTC/USD trade plan will be as follows: 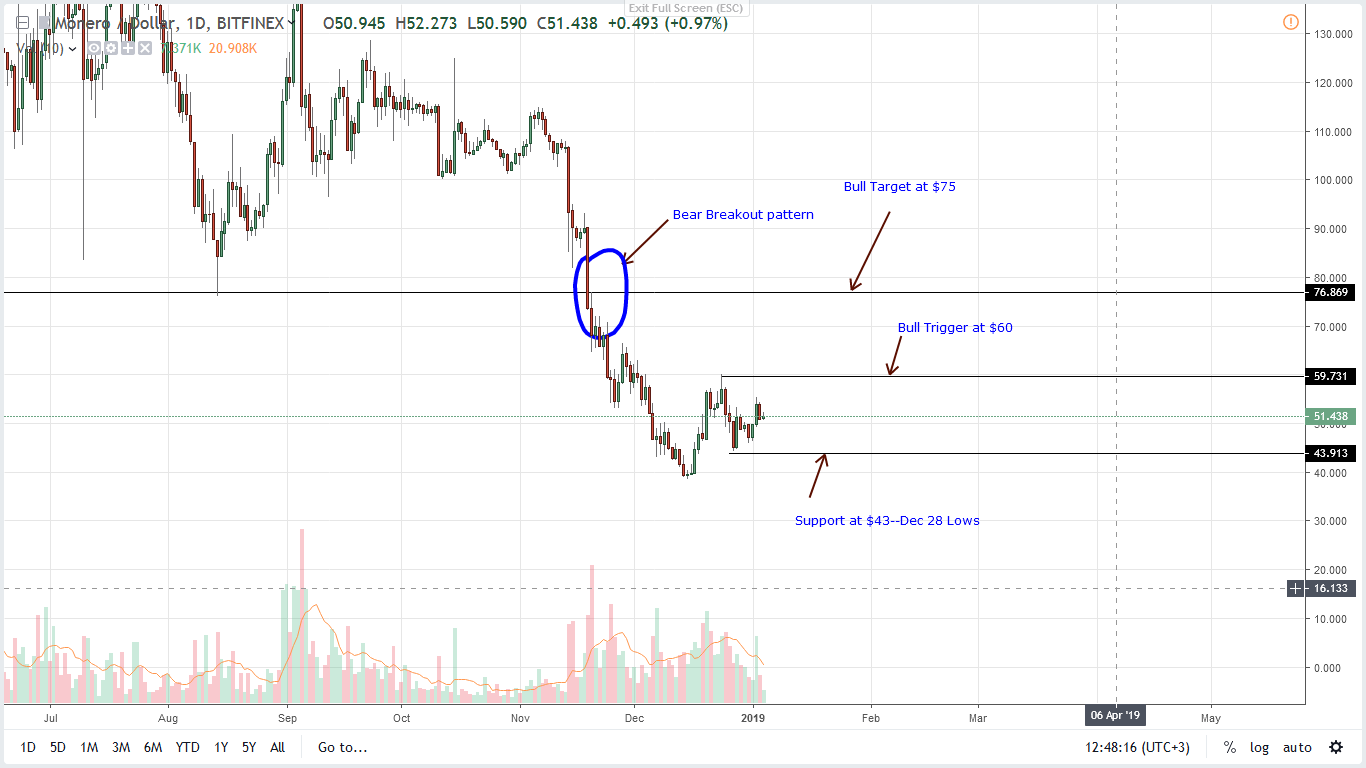 After weeks of lower lows, XMR is down to 14th with candlestick arrangement mirroring Litecoin’s. Like LTC, XMR is trading within a bear breakout pattern. Our level of interest is at $75—previous support now resistance.

Even though bears may be in control, any expansion above Dec highs at $60 accompanied by above-average trade volume will confirm the minor bull rally of mid-Dec 2018 allowing scalpers to profit. First targets will be at $75—the breakout level with tight margins at $50. If not and prices drop below Dec 28 lows at around $45, then it will be likely that XMR will retest $40 by end of next week.

Assuming bulls are in control and there is a break above $60, our XMR/USD trade plan will be as follows:

All Charts Courtesy of Trading View. Streams from CoinBase and BitFinex.

This is not investment advice. Do your own Research.