The crypto mining industry has suffered a significant decline with the market slump of 2018, and although there are some ASICs manufacturers that reported considerable revenues, the fact is that the business of mining with GPUs did not have the same luck. 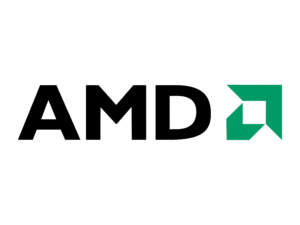 As previously reported by Ethereum World News, AMD, a leading manufacturer of graphics cards, said its sales of mining-related products during the last quarter of the year were “negligible.”

According to a recent report, the company focused on other segments that represented at least more than 91% of its total revenues:

However, the guys at AMD team don’t give up and still see in the blockchain technology market a significant niche opportunity to exploit. Recently AMD published on its website a series of products specifically designed for mining.

AMD: Focused on Creating the Best Cryptomining Rig For Every User

The pieces of hardware offered thanks to these strategic partnerships are rigs specifically oriented to hash rate optimization for blockchain mining operations. The different prospects offer solutions according to the expectations and purchasing power of each user. 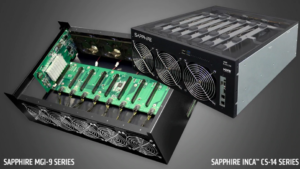 Based on the official website, AMD has partnered with Sapphire, ASROCK, ASUS, MSI, Biostar, TUL and Rajintek to offer eight different crypto mining rigs ranging from simple solutions such as the stability-focused ASUS I to options such as the SAPPHIRE INCA™ CS-14 Series powered by 14 AMD Radeon RX 470 GPUs (upgradeable to RX580).

The AMD website does not show the prices of the rigs endorsed by the company; however, it offers the characteristics of the GPUs and the contact details of official suppliers.

AMD is serious about blockchain. An introductory video explains all the potential applications for Distributed Ledger Technologies, and invites users to educate themselves on the subject. The website emphasizes that even though crypto is the current mainstream use for blockchain, it “is poised to disrupt virtually every industry.”

“Blockchain is a paradigm shift that fundamentally revolutionizes the way consumers and businesses transmit, process and secure data. It is as much a transformation as the inception of the internet, the change from snail mail to email. It will redefine how we manage supply chains, maintain business transactions and exchange financial assets for decades to come …

Currently, the most well-known use case of blockchain is cryptocurrency, however, the number of applications and the potential impact of blockchain technology is enormous …

With the flexibility of blockchain, we are one step closer to a world of efficient data access and secure transactions, making intermediaries – that inevitably introduce vulnerabilities and dependencies but are necessary in conventional transaction models – obsolete.

Everyone can draw their own conclusions, none the less, it is evident that AMD is aware of the importance of PoW for the existence of current blockchain technologies and the team seems fully confident in its ability to position the company as a leader in the mining hardware market.