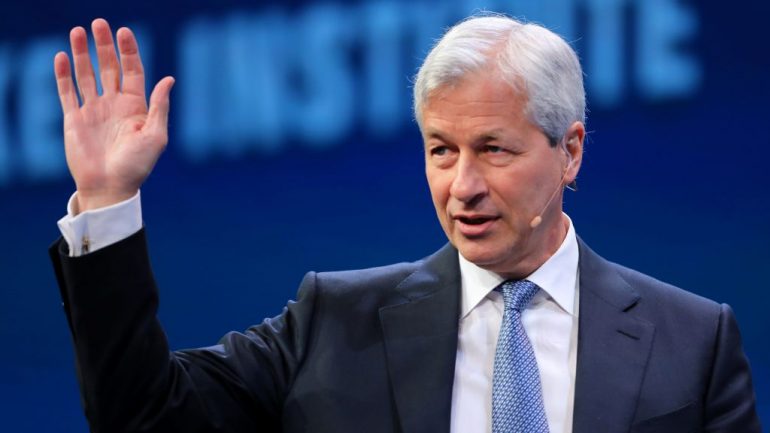 Bitcoin is too big, too real, to be baselessly criticized and it can have repercussions

Infamous JPMorgan CEO Jamie Dimon earlier this month made factless, baseless comments regarding Bitcoin, stating that the Bitcoin is a fraud, a bubble and that the government will close down the network of Bitcoin.

As a result of this commentary along with Chinese government imposition of a nationwide ban on Bitcoin exchanges the Bitcoin price plunged from $4,400 to $3,900. Dimon now is facing market abuse reports from algorithmic liquidity provider Blockswater, according to the UKs financial news publication CityAM.

Absolutely not. It cannot be a fraud. What countries can constrain today is how it is effectively traded, but it cannot be controlled. It is a fundamentally distributed system that exists peer to peer. And so to the extent that you can basically eliminate the will and the actions of every single person in the world, you can eliminate it. But in the absence of that, the genie is fundamentally out of the bottle.

The contradiction of Dimons comments and critics regarding  Bitcoin lies in the fact that JPMorgan Securities purchases Bitcoin XBT Provider shares, a Nordic Nasdaq-based Bitcoin exchange-traded note(ETN) on behalf of clients.

Jamie Dimon’s public assertions did not only affect the reputation of Bitcoin, they harmed the interests of some of his own clients and many young businesses that are working hard to create a better financial system.

In the complaint of Blockswater is stated that Dimon deliberately released non-factual, baseless information in regards to the structure and legitimacy of Bitcoin with the intent of negatively impacting price and value of Bitcoin.

Bitcoin is huge, it’s brilliant , it is a much better monetary system than traditional system, and no one can censor it, no one can seize it, no one can freeze it, nobody can close down Bitcoin, nobody.