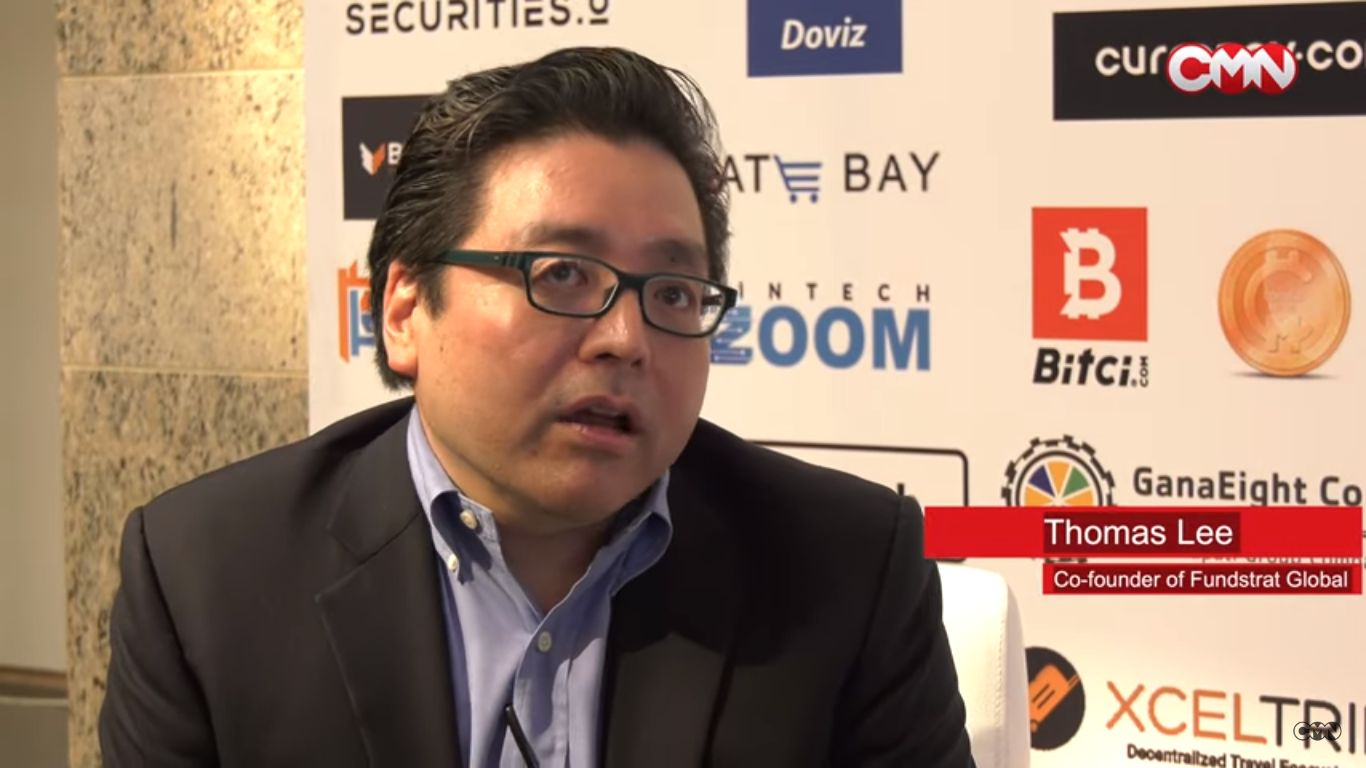 Tom Lee remains bullish and does not stop sharing his optimistic vision about the future of Bitcoin. In a recent interview with Binance CFO, Wei Zhou for the exchange’s official podcast, the founder of Fundstrat Global Advisors once again gave one of his famous bullish predictions – perhaps the most optimistic of all:

For the well-known financial analyst, if Bitcoin achieves enough momentum, the Bullrun could catapult it at prices higher than those recorded during 2017:

The analyst explains that this price increase would be quite accelerated, which corresponds to the “typical” behavior of these markets. For Lee, in less than a semester, BTC could go from $10,000 to $40,000, as long as it manages to break the historical resistance around 10,000 USD:

Lee told Wei that the crypto-market begins to gain hype when prices reach levels that have rarely been experienced (about 3% of past cycles).

Currently, the price that best fits this rule is $10,000. In the entire history of Bitcoin, it was traded above this line for 87 days, which fits within the range established by Mr. Lee.

Mr. Lee is known for his hyper-bullish stance, yet he has always supported his arguments despite failing in his guesses. During 2018 he had to reconsider his forecasts, lowering the price he gave to Bitcoin at the end of the year. Finally, he ended up tweeting that he would temporarily suspend predictions related to the price of Bitcoin.

Other analysts, however, do share Lee’s vision; but instead of relying on technical analysis, most believe on fundamentals. Max Keiser, Tim Draper, Mike Novogratz and the Winklevoss brothers -to name a few- believe that Bitcoin will replace gold -or at least will become a major competitor in the upcoming years.

Currently, BTC is being traded at around 7600 USD. After a strong rise that led it to almost 9000 USD, an alleged manipulation of prices resulting from a massive movement of tokens caused a sharp drop of more than 1000 USD.