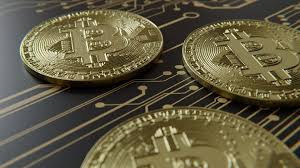 Bitcoin’s real innovation lies in its decentralized structure. The digital currency has no central management, central point of failure, or centralized store of information. Yet this disruptive technology’s operations are very dependent on centralized features such as computer systems.

“Today, Bitcoin is mostly dependent on the internet’s architecture, which is fairly easy for sovereigns to censor. Over time, Bitcoin will be “freed” from this architecture with satellite and mesh network communication.”

Startup firms like Blockstream have foreseen the potentiality of this situation and made some inroads towards breaking bitcoin’s over-dependency on the internet. The company has increased the BTC wireless network potential by broadcasting the blockchain via satellite.

Reasons Why Bitcoin (BTC) Can Be Censored

Similarly, governments around the world are taking measures that could one day censor internet communications. While the decentralized nature of Bitcoin protects it against global censorship, local ISPs can not only monitor but block everyone on the Bitcoin protocol. China, for instance, has an Iron Curtain Firewall and the Kremlin is building its very own version of the Iron Curtain firewall.

With its very own Russian internet, the Kremlin will have an easier time censoring communications dependent on the internet.  Myers reports that as per the Snowden reveals, the NSA had already built a program in 2013 to track Bitcoin users. Europol also just recently shook the crypto world, after confiscating Bestmixer’s web domain, documents, files, and assets.  Bestmixer’s platform worked to increase the anonymity of Bitcoin transactions. All Europol had to do to take it down is to claim the usual criminal activity, money-laundering claptrap.

Solutions to the Bitcoin Censorship Threat

If however, this over-reliance on mobile carriers and ISPs were eliminated, then threats from Metadata logging or direct censorship would be a thing of the past. Besides Blockstream’s efforts to turn this potential to reality, other startups like Kryptoradio in 2014, tried out Bitcoin data broadcasts via Finland’s terrestrial digital T.V transmitters. The trial that lasted two months was so successful it was able to air the data 5 million people or 95 percent of the Finnish people.  Kryptoradio’s innovation, however, relied on centralized broadcasting infrastructure.

Blockstream satellite-based BTC transaction broadcasts cover the whole globe, which means that they will be useful in countries that eventually ban Bitcoin.  They will also penetrate global locations without affordable, disrupted, or reliable internet communications and keep BTC’s transactions running.  Blockstream’s innovation, nonetheless, only works for the Bitcoin network, so offline users cannot add a new transaction to its ledger. Richard Myers’s goTenna Mesh radio has the potential of powering a global mobile mesh network that relays short burst data to distant locations.

Equally important is the fact these transmissions are entirely off-grid, decentralized and require no WiFi, cell, or satellites to function. To fully support Bitcoin’s peer to peer network and increase privacy, Samourai Wallet has teamed up with goTenna to create the TxTenna App that allows Bitcoin transactions over goTenna Mesh network.