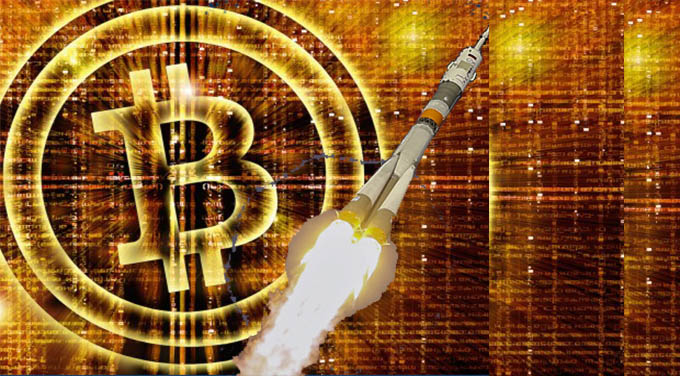 Bitcoin temporarily seemed to be on the cusp of breaking beyond $7,000 as the Tether (USDT) liquidity issue finally caused a breakout. The top-ranked cryptocurrency peaked at $6,900 before a pullback saw it drop over $300 but still maintain a positive 24-hour price change.

While details remain sketchy at this point, it appears that the sheer volume of USDT holders trading in the stable coin Bitcoin might be responsible for the price pump. BTC broke its descending triangle trend in what has become a regular theme for the top-ranked coin of mini-squeezes followed by a pullback.

Twitter user ‘Whalepool’ reports barely any trading volume on USDT with the price falling to as low as $0.85. As at press time, the USDT price on Coinmarketcap was $0.96. Bitcoin meanwhile is attempting to hold steady at $6,600 after the pullback from $6,900. 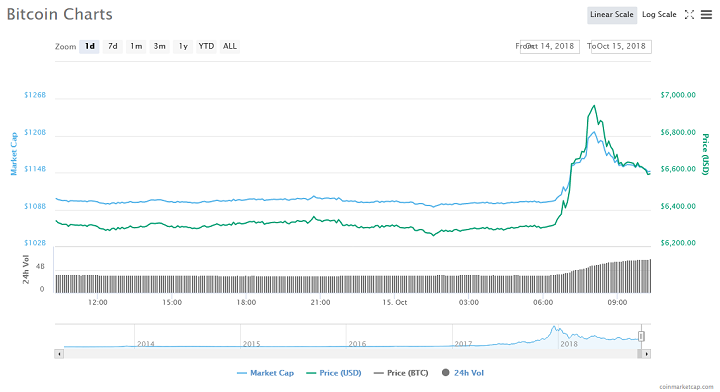 This recent price swing has made BTC recover most of the losses incurred recently when it appears Bitcoin might slip below the $6,000 psychological price mark. Thus, in keeping with the established trend since August, BTC is maintaining a reasonable level sideways price trend.

Elsewhere in the cryptocurrency market, all top-ten coins, bar USDT have posted positive 24-hour price gains. This again might be due to USDT holders trading in for ETH, LTC, BCH, etc.

XRP leads the top-ten market, up by more than 5.5 percent. The fourth-ranked cryptocurrency had been on a decent run for most of last week after a series of positive developments regarding Ripple adoption.

Whenever USDT is involved, Bitfinex is hardly ever far away since both share the same CEO. Many conspiracy theories abound about how Tether is used to manipulate the price of Bitcoin and by extension, other cryptocurrencies.

Recently, Bitfinex suspended fiat deposits on the platform with observers claiming the move was due to a larger problem regarding the inability of the exchange to secure a banking partner. However, Bitfinex published an announcement on Monday (October 15, 2018) stating that deposits would resume on Tuesday (October 16, 2018).

While the Bitfinex brouhaha reaches a conclusion, the question over the mechanics of USDT remains. A stable coin that goes into meltdown is surely cause for concern for the cryptocurrency market.