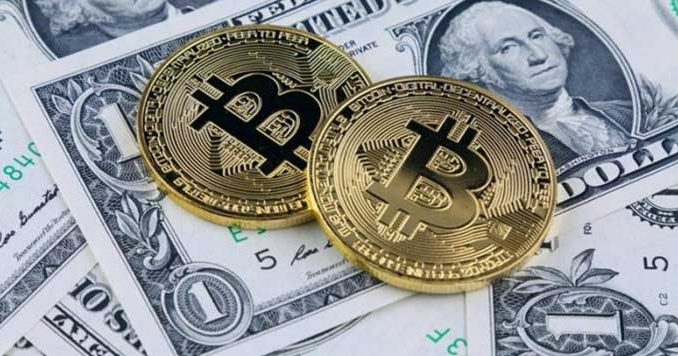 Research by Bitwise Asset Management rocked the crypto industry this week, after it concluded that 95% of reported bitcoin trading volume is fake.

However, that might not be such a bad thing as it may encourage the industry to clean up its act and traders to shun dishonest exchanges.

San Francisco-based Bitwise is a respected player in the space having brought the first crypto index fund to market and its Bitwise 10 Index, which tracks large cap crypto, is widely followed.

In January it announced that it had submitted a proposal to the US Securities and Exchange Commission (SEC) for a physically backed bitcoin exchange traded fund, and as a part of ongoing discussion with the regulator, has just shared with it its findings on the true state of crypto trading markets.

Bitwise analysed trading at 81 exchanges and found that reported trading volume at 71 of the total was suspect, according to a Wall Street Journal report.

Looking at four days in March using a software program specially developed for the task, Bitwise concluded that of the $6 billion reported daily volume on market-leading data site coinmarketcap.com, only a tiny fraction was in fact real – $273 million.

Its findings are in line with previous analysis from other research firms. Crypto Integrity puts the fake trade figure at 88% while TIE estimates 75% as suspect.

Comparing trading patterns at regulated exchanges such as Coinbase, Bitflyer and Gemini with unregulated venues, there were some marked differences.

For instance, trading at regulated exchanges conformed to patterns that saw marked dips in trading when traders in the most active markets by time zone could be expected to be asleep. Unregulated exchanges tended not to have such troughs (and peaks).

Other suspicious patterns concerned the spreads between buy and sell prices, which tended to be much wider on unregulated exchanges, in some case as much as $300 – that can be taken to be an indication of the low liquidity and high volatility.

There is also a noticeable lack of smaller trades on the unregulated exchanges and trading in round numbers, which would tend to indicate a human behind the execution, tends to be lacking too.

Significantly, there was also indication of massive wash trading. This is a technique that inflates trading volume by making simultaneous buy and sell orders that cancel each other out but nevertheless appear to add to trading volume.

Bitwise’s report showed that across the days it studied, CoinBene reported daily volume of $480 million compared to $27 million on Coinbase, the popular US exchange. CoinBene has not responded.

Dishonest volume reporting – what about manipulation?

It has long been posited that the lack of market surveillance of exchanges means that they are wide open to manipulation.

Given the charge that unregulated exchanges are themselves not averse to inflating their trading volumes, it makes it more likely that they are not going to be too bothered about other illegitimate trading practices that are banned in other asset classes.

Insider trading, cornering a market and spoof trading, where orders are made but not executed to give the impression of high buying interest in a particular market only for the same trader to open orders in the opposite direction that are executed in order to benefit from the price rise encouraged by the spoof trades.

Exchanges have an interest in exaggerating their daily volume figures so their businesses are more attractive to new cryptoassets looking for listings. Some exchanges also accept a fee for listing coins.

Sifting fact from fiction is a good thing

The Bitwise research has been interpreted negatively by some as yet another reason why the crypto Wild West will struggle to generate substantial institutional interest.

However, the sifting of fact from fiction is surely a welcome development that brings transparency to the marketplace.

In its ETF proposal Bitwise says it will be taking price data from regulated exchanges and its research was aimed at communicating the validity of this approach to the regulator.

Instead of reporting the Bitwise research in doom-laden tones as CNBC, MarketWatch and Barron’s have done, it should be greeted as a welcome sign that at least some in the industry are capable of a serious attempt at self-regulation, or are at least willing to call out those who are happy to take traders (and listees) for a ride.

Coinmarketcap needs to clean its data

And given that reports of inflated trading volumes are far from new it also begs the question what is coinmarketcap doing to clean its data?

Why is it still reporting trading volumes for the likes of CoinBene which are clearly inaccurate if not downright fraudulent?

Go over to data site cryptocompare.com and take a look at the daily trading volume for BTC – it is $1.17 billion at the time of writing. On coinmarketcap it is supposedly $8 billion.

Most market participants quote the coinmarketcap data, which last week reached a near 12-month high of $11 billion for bitcoin daily trading volume.

On one level the headline figure doesn’t matter so much and it’s the percentage change that should be watched. Maybe, but for a serious asset class having such widely varying data points for the same markets shows the problem faced by regulators, and those seeking approval for crypto ETFs.

Vote with our feet and shun the charlatans

Here’s a solution – only take data from regulated exchanges.

And traders might want to do likewise and start shunning the exchanges that are making things up. If you can’t trust them not to wash trade on their own exchanges it is probably not a very good idea to trust them with your money.

Bitwise has done the SEC and CFTC a favour. If they hadn’t already come to the conclusion themselves – namely to exclude all exchange data and take prices only from regulated exchanges – then hopefully Bitwise has helped them to see a clearer way forward to approving an ETF.

The regulators should take the Bitwise approach as a model – base prices only on those that prevail on regulated exchanges.

They should also treat the unregulated jokers as beyond the pale. Of course not all unregulated exchanges are run by less-than-honest management teams, but it will encourage the honest ones to seek regulation to avoid being tarred by the same brush of dishonesty. This will have the overall effect of making trading fairer and safer while speeding the pproval of crypto ETFs.

And come on coinmarketcap – start making an effort to report more accurate data.

Why not ask exchanges to explain the strange trading patterns picked up by Bitwise’s software?

Maybe tell them that unless they put in place market surveillance or independent reporting their data will not be referenced? The prospect of their exchange being removed from coinmarketcap might concentrate minds of exchange managements and incentivise the worst offenders to change their ways.

Bitcoin futures – forget about the CBOE

Lastly, if we are to scrub out 95% of trades as made up garbage, it starts to make the cash-settled bitcoin futures markets look much healthier than otherwise assumed.

In that light, perhaps the Chicago Board Options Exchange (CBOE)  has been a bit hasty in deciding to freeze new contracts – another piece of news that has been seen as throwing shade on bitcoin prospects.

But while CBOE has been reporting waning volumes its much larger competitor, the Chicago Mercantile Exchange (CME), has seen record trading, with 18,000 contracts traded on 19 February, representing an all-time high. Each CME contract represents 5 BTC while the CBOE contract is 1 BTC.

So, put that another way, CME dollar volume was $360 million on 19 February. That compares very favourably with the $273 million daily volume estimated by Bitwise, averaged over four days in March.

The CME CF Bitcoin Reference Rate and Bitcoin Real Time Index take their data from four exchanges: Bitstamp, Coinbase, itBit and Kraken. The CME even made public the methodology that underpinned constituent exchange selection, which is still available here.

CBOE bitcoin futures, however, rely on just one exchange, using Gemini’s daily auction price, which some would say is inferior to the CME’s composite data approach.

CME published all the research that went into its selection of exchanges for price data while CBOE’s has divulged no published research.

The much higher volumes in bitcoin futures indicate that institutions and trading firms prefer the more robust CME product. CBOE should perhaps have put a bit more work into their offering.

But the main reason we shouldn’t take CBOE shuttering its product too seriously is because it is cash-settled (as is the CME’s) so it doesn’t in fact impact the price of bitcoin because the contract is not delivered with bitcoin.

The only cash-settled bitcoin future to date was announced by CoinFLEX and will trade in the Asian market.