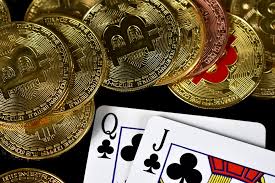 Bitcoin (BTC) Will Survive Even If Exchanges Are Shut Down

Steven Mnuchin, the US Treasury Secretary, has joined the parade of Facebook Libra bashers calling it “a national security issue.” He has roped in other digital assets and associated platforms, saying that Treasury would crack down on those that would break the law. In the wake of the recent push-back against crypto, pundits have wondered what the future of Bitcoin would be if the exchanges were shut down.

Mnuchin, for instance, did say:

“The FATF will make sure that virtual asset service providers do not operate in the dark shadows. This will enable the emerging FinTech sector to stay one step ahead of rogue regimes and sympathizers of illicit causes searching for avenues to raise and transfer funds without detection.”

He, nevertheless, has not targeted crypto exchanges. On the contrary, he did emphasize that AML compliant US-based crypto exchanges were allowed as vehicles for speculation. The president of the United States, Donald Trump has, however, come out very strongly against Bitcoin. His July 11 tweets criticizing Bitcoin did not have much to say about crypto that has not been said before. He labeled crypto as facilitators of “unlawful behavior,” which is old rhetoric.

Despite the overbearing criticism over the last decade, Bitcoin has kept on growing. Governments hate it because they cannot control. Neither can their banning mechanisms, shut it down, due to its decentralized nature. However, a cryptocurrency exchange is a central point of control, which could be censored in a bid to control Bitcoin.

China has done it in the past. In 2017, Beijing went on the offensive against Bitcoin, banning ICOs and shutting down exchanges. OKCoin and Huobi, two of the largest crypto exchanges in China at the time, declared that they would effectively shut down Bitcoin and Yuan trades. Bitcoin China and 20 other smaller exchanges quickly followed suit sounding the death knell for crypto in China.

The attack by the governments caused a plunge in BTC prices. The prices, nonetheless, rebounded after a short lull. The blanket ban on cryptocurrency trading did not work, and soon Bitcoin was headed to its highest ever recorded value. Most Chinese cryptocurrency holders just moved their trading needs to overseas exchanges because trading is borderless.

By 2018, the Chinese central bank‘s tune towards crypto had mellowed. They were talking of building their own digital currency and supporting blockchain-based projects. If the US government decided to ban crypto exchanges, the initial effect on Bitcoin prices would be a slump in value. Nevertheless, just like China, the price would pick up in time.

A Global Exchange Ban an Impossibility

The US government would need to rope in every other nation on earth in the exchange ban to have a longer adverse effect on Bitcoin. There are countries that are bullish for Bitcoin and crypto, so that would be an impossible task. Other nations do not use their native currency as their reserve currency, so Bitcoin threatens them less.

Bitcoin also can be traded outside of an exchange. The token existed before the advent of the cryptocurrency exchange. The exchange brings in much-needed liquidity and regulation, but it is not an end all be all solution. The dApps space is going through a growth stage, and it is highly probable that crypto users will be able to earn and spend BTC through these projects.

These are decentralized trading points that cannot be controlled. Bitcoin as a store of value is unstoppable and an inevitability. Governments should instead stop trying to control it because it will worsen regulatory issues if the trade goes underground.