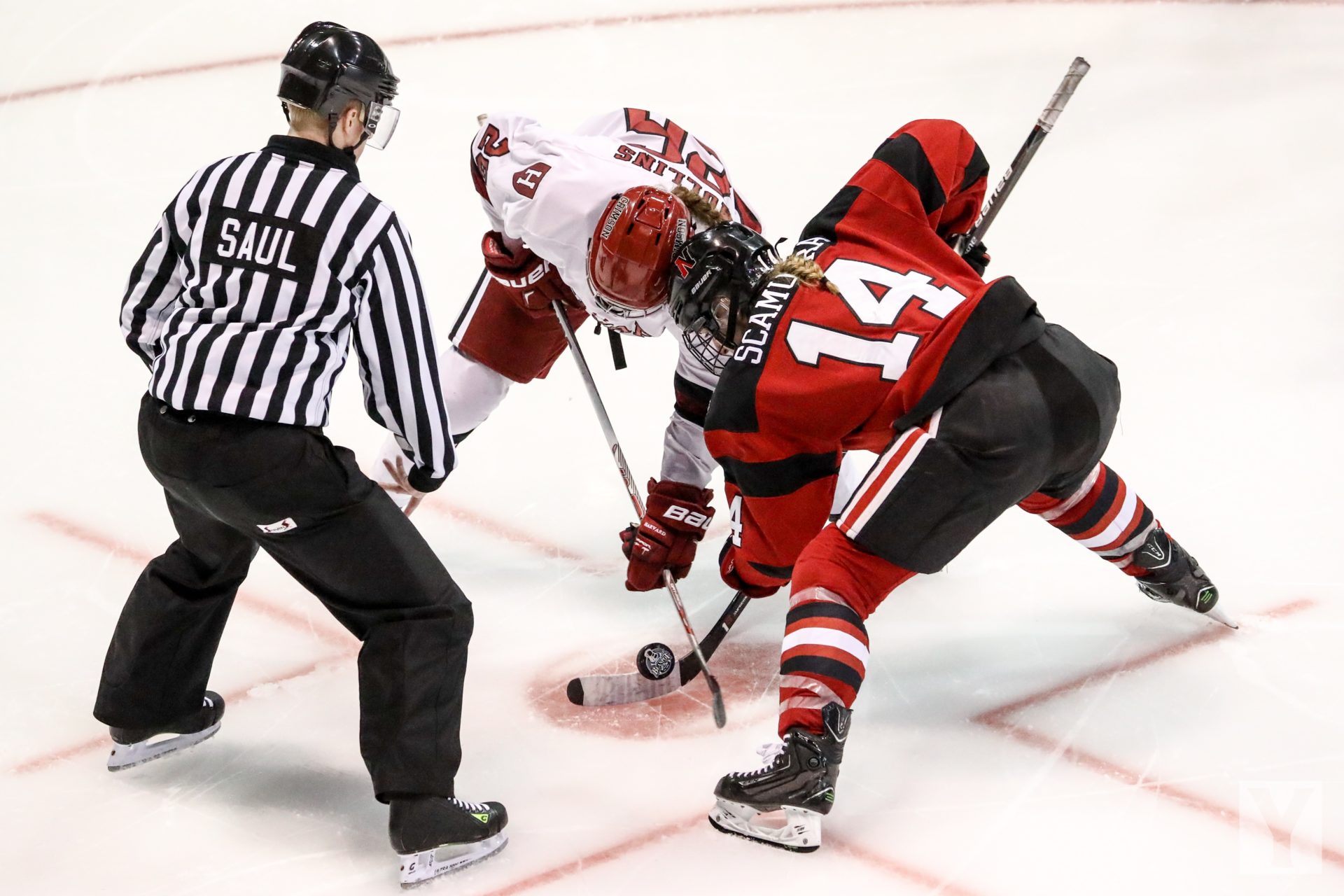 On Tuesday morning, crypto investors and traders alike awoke to an unexpected, yet promising sight, with a majority of crypto assets posting substantial gains for the first time in weeks, if not months. As the day elapsed, the market continued to trend upwards, with prices taking a slow, but steady pace moving up and up.

As it stands, Bitcoin has found a short-term place to stand at ~$7,100 and is 5.1% on the day. Not only does BTC look good in terms of price action, recently surpassing the $6,800 resistance level, but volume figures have also made a resurgence. The collective value of all publicly-available Bitcoin trades has amounted to a hefty $4.9 billion. 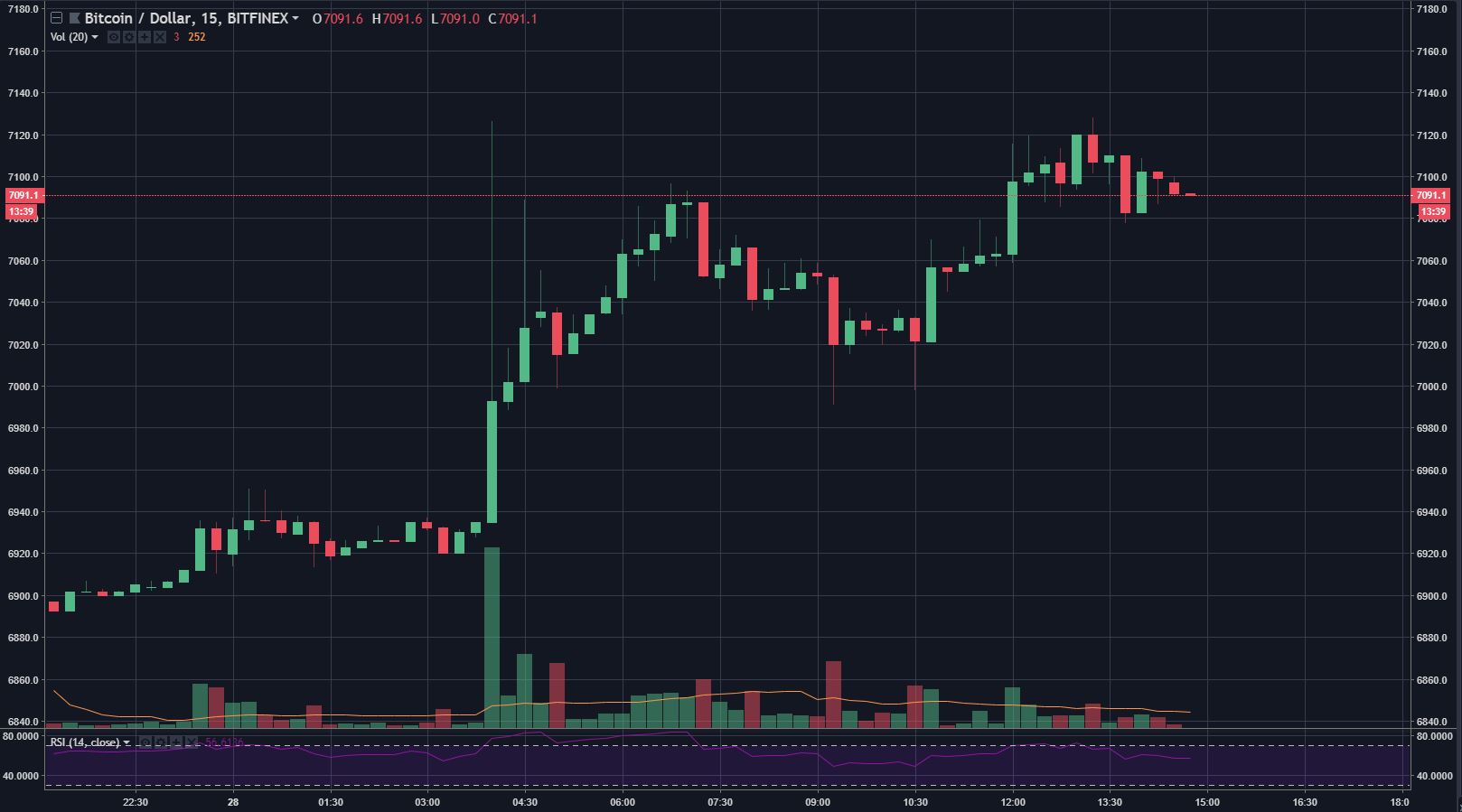 This 5% move upwards marks Bitcoin’s fourth continual day in the green, which is Bitcoin’s “longest winning streak in more than a month” as Bloomberg puts it. Bloomberg analyst Eddie van der Walt also noted that there are a series of “momentum indicators” that indicate that this may not be a ‘bear market rally.’

Walt first brought up the 50-day moving average (MA), pointing out that BTC recently broke through this important psychological and technical level, which may act as a line of support or resistance in a variety of scenarios. Last but not least, the analyst noted that Divergence Analysis Inc.’s Buying and Selling Pressure indicator is signaling that BTC is ready to head higher. If Bitcoin’s price action does not pan out as he expects, Walt also indicated that $6,300 currently acts as the trend line, which would likely be a point of interest in the short to mid-term.

While the foremost crypto asset has had a good day, to say the least, BTC dominance actually scaled back, from 53.3% to 52.6% in the past 24 hours. Many attributed this slight dominance pullback to the breath-taking performance of altcoins, which have surpassed Bitcoin in terms of percentage gains. Ethereum currently is up 6% on the day, still finding contention at $300, while XRP, BCH, XLM, and NEO are up 7% on the day.

However, some altcoins have gone above and beyond the ‘call of duty’, with IOTA, TRX, EOS, and DASH posting astronomical gains which have dropped the jaws of many short-term speculators.

Following the release of IOTA’s Trinity Wallet desktop beta, along with the announcement of a Volkswagen/IOTA collaboration, the price of MIOTA has seen an unexpected resurgence. As it stands, IOTA is up a staggering 24% today, with the asset reclaiming its spot as the 10th largest crypto, ousting TRX for the first time in weeks. Many optimists expect for the price of the asset to continue higher, as the development of the IOTA ecosystem remains a hot topic in this industry.

After a series of bullish announcements, which include the IOS app store launch of the Tron Wallet and the listing of TRX on Kucoin, TRX saw an influx of buying pressure, pushing the asset up by 10% in the past 24 hours. While TRX has not returned to its spot as the 11th largest crypto by market capitalization, it is clear that there is still investor interest in this asset.

It is unclear whether there was a catalyst for EOS’ move, but the price of the asset has posted a strong 11% gain in the past 24 hours.

As reported by Ethereum World News, DASH surged by upwards of 26% following the announcement of a partnership with Krypto Mobile. While DASH has since quieted down, now only posting a 12% daily gain, this news is still of importance, as some mobile devices will come pre-loaded with DASH-related apps preinstalled, which will only help the adoption of crypto assets in the long run.

At the time of writing, the current capitalization of all crypto assets has reached $230 billion.