While BTC permabulls are no doubt happy to see Bitcoin prices recover from a slight dip, one expert believes the increase is only temporary. Spencer Bogart is of the opinion that a coming forced selling will most likely cause prices to decline even further. 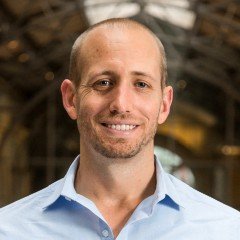 Speaking to CNBC, yesterday (June 25, 2018), Bogart said that though he was “super bullish” on cryptocurrency at the moment, another significant price dip was imminent. According to Bogart, many of the cryptocurrency hedge funds established in 2017 are nearing their “one-year lock up.” Bogart argues that with the market declining by more than 50 percent since the start of the year, many liquid providers will be looking to sell. Liquid providers act as intermediaries between brokers and virtual currency exchange platforms. He went on to say:

They’re saying, ‘hey, I want to redeem out of that fund. That means forced selling on behalf of all of these new crypto funds that have popped up. I think that could take prices artificially lower.

2017 saw a massive spike in the number of cryptocurrency hedge funds. Spurred on by the meteoric rise in the price of many major crypto species, these funds have declined somewhat during the “cryptocurrency winter” of 2018. According to Bogart, many fund investors will be looking to count their losses by making forced sales of their holdings. Massive BTC selloffs usually result in significant price drops.

Bogart also had some useful advice for people looking to enter the market, saying:

Most people that are going to wait for lower prices will end up paying higher prices than they are today. So, I think the right move is not to try and time the market and try and average into it.

In a related development, Brian Kelly of BKCM LLC believes that Bitcoin may have reached a new bottom. Speaking also to CNBC, Kelly referred to the previous BTC price dip that saw the top-ranked crypto slip below $6,000 on June 25. According to Kelly:

We saw bitcoin hit new lows; I think we went to $5,779. And then within about 10 or 15 minutes, you had a huge ramp up, hundred, two hundred points, and that’s typically the action that bitcoin has shown at bottoms.

Kelly also revealed that the present BTC mining cost was somewhere in the $5,900 region. Thus, miners are incentivized to keep prices above that level or risk incurring significant losses. 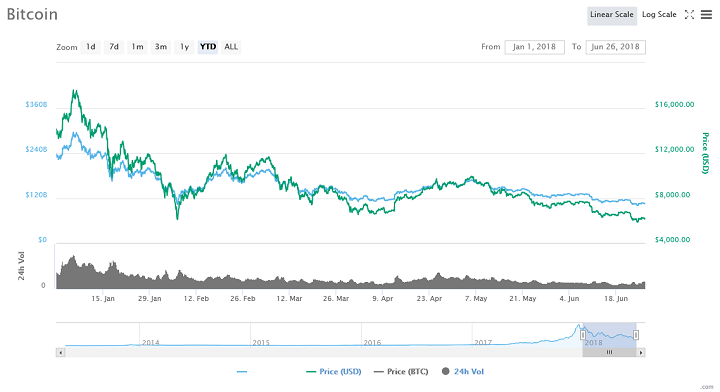 The BKCM chief went on reveal that it was still early days as far as knowing the future BTC price trajectory. He, however, noted positive signs such as increasing demand from Asia as well as the latest $250 million worth Tether that was printed on June 26, 2018.

Do you think the scheduled selling by crypto hedge funds will cause BTC prices to tank? What are your opinions on Kelly’s Bitcoin bottom analysis? Keep the conversation going in the comment section below.