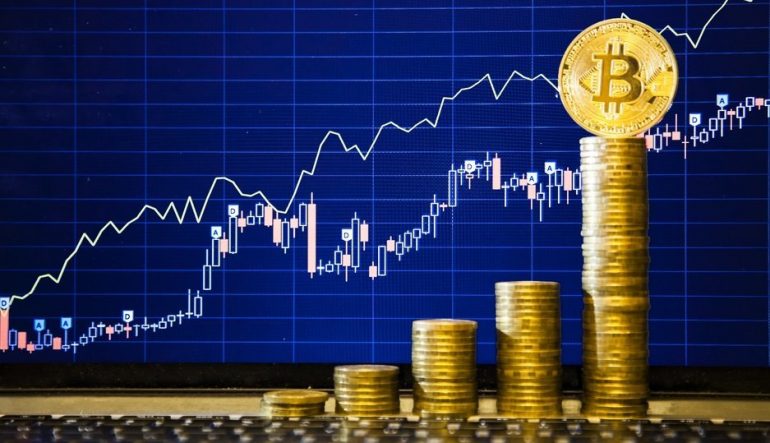 Top Wall Street Strategist expect Bitcoin to be the best performance asset outperforming stocks and bonds through the rest of the year. Confirming this statement Bitcoin leaped to record highs in this week above $4000, more than tripling in value for the year.

Bobby Lee, formerly the top executive stock strategist at J.P.Morgan published a report in early July outlining the potential for Bitcoin to rise above $20,000 and with a chance to reach $55,000 by 2022. I think Bitcoin is an undervalued asset with potential of huge institutional sponsorship coming along.

Standpoint Research Analyst has called a target of $5,000 for Bitcoin by 2018.

Some see Bitcoin as the new gold. So called “gold bugs” like to own precious metal because it is an asset whose value is not controlled by Governments, and bitcoin has similar qualities so there is no Federal Reserve or some Central Bank like authority that can devalue it.

Predictions are that the “gold bugs” will become “Bitcoin bugs” instead, which means a lot of finance flowing into the digital currency.

Bitcoin has gone on bull run’s before but nothing like this week shot through $4,000. Major investors and the Financial industry is taking it seriously, and they see Bitcoin, Ethereum and other digital currencies as a legitimate asset class such as stocks, bonds or commodities.

There is only a limited amount of Bitcoin, only 21 Million and with such scarcity becomes a valuable asset. This scarcity will drive up demand, especially when Central Banks starts buying them as foreign currency reserves.

Bitcoin community just weathered a civil war which results in a split into Bitcoin ( up $4,000 ), and Bitcoin Cash ( up $300 ). The dispute and split culminated over implementing crucial technical milestone like SEGWIT (Segregated Witness) and New Lightning Network allowing Bitcoin to outpace most of its Cryptocurrency (Ethereum, Litecoin, Ripple) peers in the past few days.

The scaling part of SEGWIT is predominantly positive for Bitcoin to try and alleviate its network congestion and allowing it to handle much more and faster transactions.

As for a negative side of Bitcoin and other Cryptocurrencies they exist only on computers, so as a form of money Bitcoin might be the most intangible stuff in history.

Digital Currency is just a piece of code out there in internet and there is no country or company you can ask to honor it. So Bitcoin over its nearly decade-long existence has been prone to huge crashes so there is still the risk that it could happen again.

But CEO of NVIDIA Jen-Hsun Huang expressed his believe saying Cryptocurrencies and Blockchain are “here to stay” and over time Cryptocurrency will become quite large.