Square has achieved yet another milestone. The payment company recently became the seventh firm to obtain a cryptocurrency trading license in the state of New York. The news was announced via a press release from the New York Department of Financial Services (NYDFS) on June 18, 2018.

Commonly known as a BitLicense, it grants a firm the approval to offer cryptocurrency trading services in New York. Commenting on the development, the head of Square Cash App, Brian Grassadonia said:

We are thrilled to now provide New Yorkers with Cash App’s quick and simple way to buy and sell bitcoin. Square and the New York State DFS share a vision of empowering people with greater access to the financial system and today’s news is an important step in realizing that goal.

Square began offering Bitcoin trading on its Cash App at the beginning of 2018. However, residents in New York weren’t able to use the platform due to the strict nature of the cryptocurrency regulations in the state. BitLicenses are notoriously difficult to obtain. Speaking about its latest approval, Maria Vullo, the superintendent of the NYDFS said:

DFS is pleased to approve Square’s application and welcomes them to New York’s expanding and well-regulated virtual currency market. DFS continues to work in support of a vibrant and competitive virtual currency market that connects and empowers New Yorkers in a global marketplace while ensuring strong state-regulatory oversight is in place.

Square previously obtained a money-transmitter license from the DFS.

In the aftermath of the announcement, the shares of the company increased by about 1.3 percent. 2018 continues to be an excellent year for Square as its YTD share performance stands at 82 percent increase. The firm’s growth isn’t restricted to its financial performance as its legacy trading platform has also posted positive numbers. 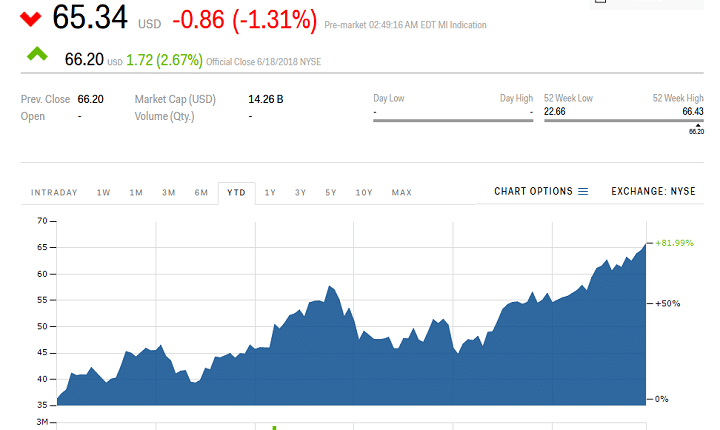 The Square Cash App was launched in 2015. According to Nomura Instinet, the increase in the number of user downloads for the app has surpassed that of PayPal’s Venmo. Since 2016, Cash App’s user downloads have increased by 128 percent while Venmo has risen by 74 percent.

Dan Dolev, an analyst at Nomura Instinet, believes this latest BitLicense approval will catapult the company to even greater heights. Speaking to CNBC, he said:

That was one of the missing pieces in their puzzle. They had approval in most states, but New York was by far the biggest one where you couldn’t trade bitcoin. This announcement gives people another excuse to download the app. It might not move the bottom line right away, but it definitely helps from a marketing perspective.

Twitter CEO, Jack Dorsey, founded Square in 2009. According to a recent shareholders report, there were 7 million active users on the Cash App as at December 2017.

Will the recent BitLicense approval increase the number of downloads for the Square Cash App? Keep the conversation going in the comment section below.