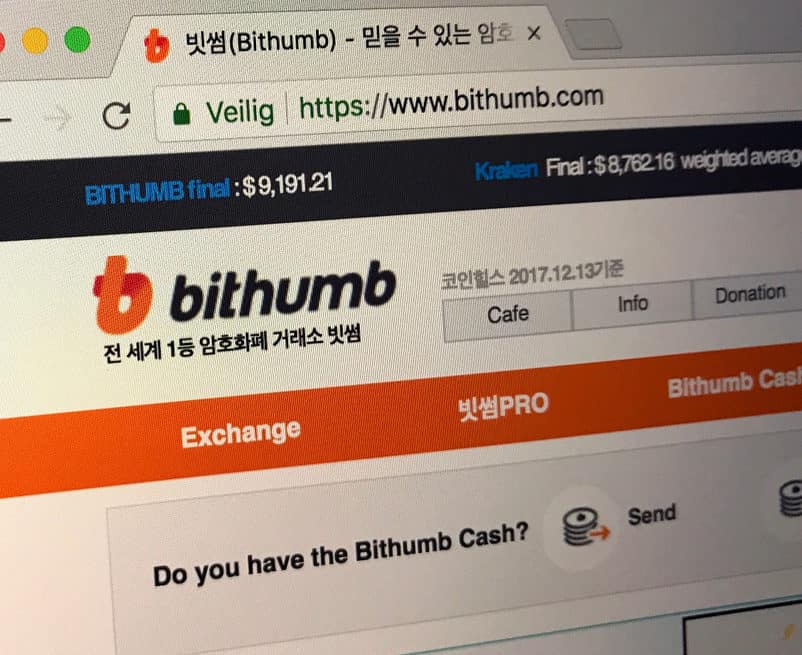 According to Yonhap News Agency, Bithumb recently inked a partnership deal with SeriesOne, a fintech firm based in the United States to establish a security token exchange in the U.S. According to inside sources; the cryptocurrency exchanger will provide the necessary technical support plus investment capital to kickstart the project.

Reports indicate that SeriesOne wished to have the platform operational by the first half of 2019. Bithumb will, however, be responsible for operating the exchange service. A Bithumb official commenting on the collaboration between both companies said:

SeriesOne actively sought to strike a deal with Bithumb after assessing it as the most suitable partner. Bithumb will ramp up efforts to develop into a global financial firm as the blockchain-based asset tokenization is expected to spread globally down the road.

For their part, SeriesOne is also establishing a subsidiary division in South Korea. The company to offer security tokens via this new establishment. Apart from that, SeriesOne wants to pursue listing of its shares in the U.S. market with the hopes of appearing on the NASDAQ by the middle of 2019.

Bithumb’s foray into security tokens is indicative of the rising stock of so-called “tokenized securities.” Recently, this class of digital assets has become a prominent talking point in the market. Recently, U.S. stock market heavyweight, Nasdaq said it was considering launching a trading platform for security tokens.

For mainstream institutions, security tokens closely resemble the assets that are used to especially when it comes to adequate regulations. The utility cryptocurrency token space still battles with regulatory uncertainty. The bulk of the available laws for the general asset market cannot always be applied to crypto-assets.

However, with security tokens, such impediments appear not to exist. For the U.S. Securities and Exchanges Commission (SEC) for example, listing security tokens requires the same reporting and compliance standards as other assets.

Earlier in the year, Coinbase announced plans to pursue becoming a licensed broker-dealer capable of offering security tokens. The cryptocurrency exchange behemoth already acquired a few firms in the quest to achieve this stated goal.